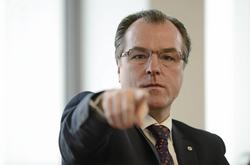 BELGRADE – Germany’s largest meat producer Clemens Toennies will pay a visit to Serbia on December 1 to finalise a deal on opening a pig farm with 1,500,000 animal units, Belgrade-based Kurir reported on Tuesday.

Toennies plans to lease up to 15,000 hectares of land in Serbia for the pig farm. Serbia currently has 3.2 million fattening pigs, which is insufficient, and the investment will contribute significantly to boosting the livestock fund and make it possible to create new jobs and develop the agriculture at the same time. The agreement to build the pig farm has been reached during Serbian Prime Minister Aleksandar Vucic’s recent visit to Germany.