In an analysis of almost 73,000 concessions in eight tropical forested countries, more than 93 percent of these developments were found to involve land inhabited by Indigenous Peoples and local communities. According to the research, conducted by The Munden Project, the total amount of land handed over by governments to the private sector for mining, logging, oil & gas drilling, and large-scale agriculture includes at least 40 percent of Peru and 30 percent of Indonesia. 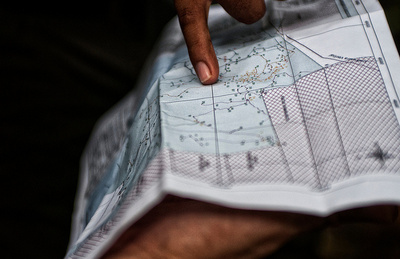 “When governments sell the land, forests and other natural resources out from under the people who live there, local conflict becomes inevitable,” said Andy White, coordinator of Rights and Resources Initiative (RRI), which commissioned the research. “All of these conflicts—and the financial risks that investors confront—are avoidable. The companies and governments implicated need to first fully respect and involve Indigenous Peoples and forest communities in all aspects of proposed investment, not as bystanders who can be pushed aside.”

“Property rights in many emerging or frontier markets are dysfunctional to the point that ownership of land can be granted without the knowledge or consent of the people who live or depend on that land,” said Leonardo Pradela of The Munden Project. “Generally tied to their land for many generations, these people have little interest in moving to urban areas and are practically impossible to relocate. The risk of conflicts emerging with local populations is obscure but important, and it has more in common with conventional counterparty risk than it does with externalities. Treating local people as counterparties will allow operators a clearer path to both understanding the risks and managing the relationships effectively.”

In the analysis, Communities as Counterparties: Preliminary Review of Concessions and Conflict in Emerging and Frontier Markets, The Munden Project mapped out natural resource developments, or concessions, in eight emerging or frontier markets (EFMs): Brazil, Cambodia, Colombia, Indonesia, Liberia, Mozambique, Peru and the Philippines. These concessions almost always generated conflict with the people who live on the land that was targeted for development. The report examines 100 of these conflicts and looks for patterns in how and why these troubles emerge.