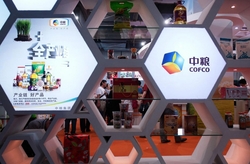 BEIJING, CHINA — COFCO Corp. and Noble Group and an investment consortium consisting of Hopu Investment, Temasek, IFC and Standard and Chartered Private Equity, announced on Sept. 30 that the proposed transaction to form an agri-business joint venture Noble Agri has been successfully closed.

The joint venture was first announced on April 2. Under the terms of the agreement, COFCO acquired a 51% stake in Noble Agri Limited from Noble Group in an all cash transaction to establish a 51%/49% joint venture.  The transaction values Noble Agri equity at 1.15x 2014 book value. As of Dec. 31, 2013, Noble Agri had shareholders’ equity of $2.8 billion and net debt of $2.5 billion.

Noble Agri will become the principal international origination platform for COFCO, with its upstream origination and trading operations linked to the downstream processing and distribution capabilities of COFCO and its affiliates in China to create a fully integrated value chain, consistent with COFCO’s strategy.

“I would like to thank all the parties that enabled this transaction to come to fruition seamlessly,” said Frank Ning, chairman of COFCO Corp. “COFCO’s purchase of a controlling stake in Noble Agri is a significant milestone in our strategic move to enhance our presence in the seaborne market for agricultural products. We look forward to working in partnership to build on Noble Agri’s existing footprint and to increase its presence in the global market.”

Richard Elman, chairman of Noble Group said, “The completion of this transaction marks a significant milestone in the continued development of our bulk commodity business. I would particularly like to thank our new partners for their support in bringing this transaction to fruition and have every confidence that with their support Noble Agri will emerge as a key player in global agricultural markets.”