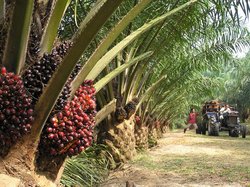 INDONESIA’s attractiveness for being the preferred destination of Malaysian oil palm planters has been shaken by reports of the country’s plan for a plantation bill that will limit foreign ownership to 30% from the present 95%.

It is said that more than five million ha of oil palm land in Indonesia are held by foreign investors in Indonesia with estimated investments worth over RM100bil.

Hence, when news broke that Indonesia’s parliament was discussing to introduce a plantation bill and also, limit foreign ownership in plantations there, foreign planters including those from Malaysia were somewhat taken aback by the latest development.

KRA Group plantation practice leader Gerald Tan tells StarBizWeek that: “To be clear, the proposal to limit foreign ownership in plantations in Indonesia is not targeted at Malaysian oil palm companies operating there.”

“It is merely an extension of the resource nationalism sentiment in Indonesia.”

The Asean-focused public affairs consultancy firm KRA Group has over a decade of experience in Indonesia assisting clients build relationships with crucial stakeholders such as regulators, politicians, the media and civil society.

Tan says that the commodity boom in mineral resources in 2010-2011 played a role in building Indonesia’s confidence to support the idea of resource nationalism.


Tan: ‘To be clear, the proposal to limit foreign ownership in plantations in Indonesia is not targeted at Malaysian oil palm companies operating there.’
“Foreign dominance in the republic’s natural resource sector particularly mining and plantations have also cultivated the sentiment that foreign companies are profiting from its resources, leaving little behind for the country and its people,” he adds.

Resource nationalism would later see Indonesia passing a ministerial regulation that ban the export of raw materials and lower foreign ownership limits in the mining sector.

However, in contrast to the Indonesian government’s swift action in its mining sector, Tan points out that discussions to limit foreign ownership in the plantation sector have been on-going since 2012.

“Discussion to ratify the bill surfaced in January this year with the parliament so far remains deadlocked.”

According to Tan, the plantation bill is still at the first stage of discussions at Commission IV of the Indonesian parliament. The bill has been proposed to the current Indonesian President and several relevant ministries including the Ministry of Agriculture, Ministry of Home Affairs, Ministry of Forestry and Ministry of Law and Human Rights.

To date, only the Ministry of Agriculture has responded to Commission IV and submitted a list of issues and reservations (DIM) which includes 545 items.

Once the other ministries have responded with their various DIMs, a collective DIM will be produced before a Special Committee that will be form to discuss amendments to the Bill. A Working Committee will also need to be formed to address significant issues with the Bill, explains Tan.

Given that the Special Committee has yet to be formed and that several ministries have yet to submit its DIM, Tan says it remains “unlikely” that the Bill will be ratified before end of the current legislature’s term or even earlier on Sept 29 this year as reported by some media.

Therefore, while an amended bill may be taken to the plenary session of the Indonesian parliament on Sept 29, it is also likely that the most “the parliament will be able to do at this point is to acknowledge it as one of the laws it is pursuing under the Rancangan Undang Undang initiatives.”

Will the Bill be passed?

Tan points out that the Commission IV has stated that the quantum of restrictions on foreign ownership has been removed from the bill, possibly to ease the ratification process of the bill.

However the Bill still includes an article limiting foreign ownership in the plantation sector.

“This was largely expected due to the fact that the laws like the Plantation Law sit at the top of Indonesia’s regulatory hierarchy and are inflexible.

“In practice, these laws are used as guiding principles for the government regulations and ministerial regulations,” he adds.

Should the Bill be passed, a government regulation would have to be passed detailing the quantum of the limitation.

“This means that the regulation from Indonesia’s Investment Coordination Board limiting foreign ownership to 95% would be in force until a new government regulation is passed,” explains Tan.

A drastic limitation of foreign ownership in one of the pillars of Indonesia’s economy will not be supportive of the economic stability and growth.

Jokowi has also stated as part of his effort to build trust with the investment community, contracts would be honoured and not renegotiated midway into their contract period.

“As such, KRA Group don’t believe in a drastic change in foreign ownership restrictions in the short term and neither do we expect any new regulations to limit ownership to be applied retroactively,” says Tan.

However, in the long term, the government could mandate local participation such as the provincial government-owned enterprises or farmer associations holding minority stakes in foreign-owned estates.

“We also expect the new administration to be stricter in enforcing environmental laws and holding companies to a higher standard of sustainability practices,” he adds.

Hence, foreign plantation companies in Indonesia can better protect their investments in the republic by doing more engagement with the Indonesian stakeholders, including the government, the media and the NGOs.

“Plantation firms will need to learn to operate more transparently, particularly with the local media and NGOs in the provinces where there companies operate.

According to Tan, Indonesia remains a very attractive investment proposition for the plantation sector as “we believe the political stability and security are still better in Indonesia compared with Africa.”

He points out that a common concern in Indonesia for investors is regulatory uncertainty but these risks can be managed by developing a strong network of local stakeholders and understanding Indonesia better.

The investment opportunities in the sector remains given the 63 million ha of APL (land for other uses) forests in Indonesia particularly in the relatively unexplored provinces of Papua and West Papua.

Moving forward, Tan says the new Jokowi-led administration would drive investments in developing the country’s infrastructure, particularly maritime infrastructure, which makes sense given the country is an archipelago of 17,000 islands.

“Jokowi’s commitment to getting current and new infrastructure projects off the ground will be positive for the palm oil industry such as lowering the logistics costs and supporting investments into the downstream sector,” he adds.