Food and finance: the financial transformation of agro-food supply chains 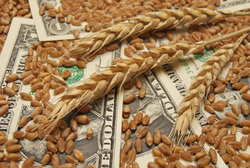 The Journal of Peasant Studies | 2014

Food and finance: the financial transformation of agro-food supply chains

This article draws upon existing literature to document and describe the rise of finance in food provisioning. It queries the role of financialization in the contemporary food crisis and analyzes its impacts upon the distribution of power and wealth within and along the generalized agro-food supply chain. A systematic treatment of key nodes in the supply chain reveals four key insights: (1) the line between finance and food provisioning has become increasingly blurred in recent decades, with financial actors taking a growing interest in food and agriculture and agro-food enterprises becoming increasingly involved in financial activities; (2) financialization has reinforced the position of food retailers as the dominant actors within the agro-food system, though they are largely subject to the dictates of finance capital and face renewed competition from financialized commodity traders; (3) financialization has intensified the exploitation of food workers, increasing their workload while pushing down their real wages and heightening the precarity of their positions, and (4) small-scale farmers have been especially hard hit by financialization, as their livelihoods have become even more uncertain due to increasing volatility in agricultural markets, they have become weaker vis-à-vis other actors in the agro-food supply chain, and they face growing competition for their farmland. The paper concludes by identifying themes for future research and asking readers to reimagine the role of finance in food provisioning.