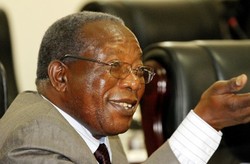 The Zambian government has warned that it will not support projects from both local and foreign investors that obtained land irregularly.

Lands Minister Mwansa Kapyea told journalists on Friday that it was unacceptable that some investors were taking advantage of chiefs around the country to obtain huge tracts of land for their projects without following correct procedures.

He said investors wanting more than 1,000 hectares of land were, by law, supposed to get consent from President Michael Sata and those failing to do so were violating the laws of the country.

He expressed alarm that some chiefs had allocated investors up to 10,000 hectares of land without obtaining presidential consent and such investors only sought to put things right when they faced legal hurdles along the way.

He said no matter how significant an investment programme was, the government would not allow illegal allocations of land to continue as this had repercussions on future availability of land.