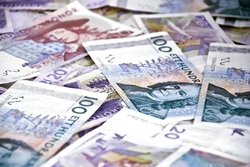 Swedish pension fund AP Fonden 2 (AP2) has invested $750 million to TIAA-CREF Global Agriculture II, confirming rumours that the pension was one of three foreign investors contributing to the vehicle’s $1.4 billion fundraise, as disclosed in a Securities and Exchange Commission filing two weeks ago.

TIAA-CREF Global Agriculture II is a limited liability company with no set maturity investing into buy-and-lease farmland in Brazil, Australia and the US. The investment was confirmed in AP2′s half year report published today.

“During the first half of 2014, in association with other investors, including the US fund manager TIAA-CREF (with whom we have built up a close cooperation with over years) we have decided to invest a further $750 million in agricultural real estate,” AP2 said in the report.

The pension is unlikely to increase its exposure to agriculture further in the near term, however, according to portfolio manager Jessika Ingvarsson. “We are not actively looking for new investments right now because we have made a large allocation to farmland and want to watch it grow and see how it develops,” she told Agri Investor.

AP2 has invested with TIAA-CREF before, injecting just over $1 billion into the US pension fund and asset manager’s first offering, TIAA-CREF Global Agriculture LLC, in 2011. It did so alongside the British Columbia Investment Management Corporation and the Caisse de dépôt et placement du Québec, Canada’s second-largest pension fund. These funds are also understood to have invested with TIAA-CREF again, according to sources, although they would not confirm this.

AP2 prefers to invest into ‘club deals’, as Ingvarsson calls them, like the TIAA-CREF’s LLC, because the pension fund takes a very long term view of agriculture as an asset class.

“They suit us because we have a very long term view, whereas funds all have terms for around 10 years or so,” she said. “We don’t think it is a good idea to sell good assets after such a short term. And we have found other parties that share our views.”

AP2 did first commit to an agriculture fund however, in 2010: Teays River Investment’s $500 million Ag Real Value Fund. And Ingvarsson thinks funds are a good choice for first-time agri investors.

“Funds are a good way to start getting exposure,” she said.

Teays River re-structured the fund to create a vehicle for club deals more like TIAA-CREFs, however, at the request of AP2 and other investors after a couple of years, according to Ingvarsson.

“We started talking to the manager and it appeared that other investors shared our view so we took it from there,” she said.

Teays River was not reachable for comment when Agri Investor went to press.

AP2 does commit to third-party funds for timber investments, however. It is invested in the Molpus Timberland Investment Fund, managed by Molpus Timberlands Management, that handles 1.6 million acres of woodlands in the US. It is also invested in the New Forests Australia New Zealand Forest Fund, managed by Australian asset manager New Forests. New Forests manages over A$2.3 billion ($2.2 billion; €1.6 billion) in assets. The sizes of the funds and AP2′s investments were not available at press time.

“It is harder to do club deals in timberland because it is a much older asset class and the companies that invest in timberland have done so for many years,” said Ingvarsson. “We see both timber and agri as very fortunate assets classes that complement the overall portfolio, are long term and have a low correlation to other asset classes,” she added. “Our strategy doesn’t differ much between the two; we focus on pretty much the same geographical areas, more mature markets.”

AP2 looks for asset managers that have long experience in the region they are operating in and significant resources to carry out their investments. The pension also has a dedicated sustainability analyst who is very involved in the due diligence of any manager. This has kept AP2 out of Asia and Africa, for example, where land titles are not clear and this creates ESG risks and headline risk, according to Ingvarsson.

Latin America is therefore the mostly likely emerging market for agri or timber investment although the pension provider would be very careful and would consider investing through a fund. All AP2’s agri investments are buy-and-lease; the fund is not interested in production or processing. It prefers investing in mature markets, added Ingvarsson.