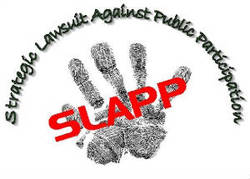 Bangalore based environmental and developmental journalist Keya Acharya attempted to dig into the cut-rose industry of India and tell the story of land grab in poor African countries like Kenya and Ethiopia linked to it. Picture source: wcel.org
Hot N Hit News | 22 Aug 2014

Bangalore based environmental and developmental journalist Keya Acharya attempted to dig into the cut-rose industry of India and tell the story of land grab in poor African countries like Kenya and Ethiopia linked to it. She filed her story to the well-known News Agency Inter Press Service (IPS) that appeared on IPS website on July 18, 2014. Over a fortnight since the report came online, Keya was served with a defamation notice by the legal counsels of Sai RamaKrishna Karuturi, Managing Director of Karuturi Global Ltd. demanding 20 million USD or 100 crore (One billion) rupees as compensation.

“It is a newspaper’s duty to print the news, and raise hell.”

This 1861 statement of Wilbur Storey has inspired journalists across the globe to dare to speak the truth even though it goes against the establishment and raises the hell for persons, organisations and businesses at guilt.

Inspired by such an idea, Bangalore based environmental and developmental journalist Keya Acharya attempted to dig into the cut-rose industry of India and tell the story of land grab in poor African countries like Kenya and Ethiopia linked to it. She filed her story to the well-known News Agency Inter Press Service (IPS) that appeared on IPS website on July 18, 2014.

As any reporter should do as part of the reporting job, Keya substantiated her arguments in the story with researched facts and statements from people in the industry. One she tried to get a comment from was Bangalore based operation ‘Karuturi,’ which was also named in the report titled “India’s Cut-Rose Sector Pushes Past barriers,” that didn’t respond to her requests, as clarified in the report.

But over a fortnight since the report came online, Keya was served with a defamation notice demanding 20 million USD or 100 crore (One billion) rupees as compensation from the legal counsels of Sai RamaKrishna Karuturi, Managing Director of Karuturi Global Ltd.


"Sai Ram Krishna Karuturi was appointed as honorary counsel of Ethiopia for Bangalore by government of Ethiopia and government of India and he is heading the Africa committee of Indian Chambers of Commerce and Industry (FICCI). Karuturi has been selected by Indian Prime Minister to serve in the India Africa friendship council."

“I will be going to the Press Council of India; and, the Forum of Environmental Journalists in India (FEJI), which I head, is currently preparing a memorandum to be presented to India’s Information & Broadcasting Minister, Mr. Prakash Javadekar, protesting this harassment of journalists; and further perhaps to the Union Law Minister protesting the misuse of libel laws,” She adds.

“Cases such as these, as you know, are called SLAPP (strategic lawsuits against public participation), being increasingly used in India by large corporations to threaten the media into silence. My particular case is not just to intimidate me, but to silence all further reports on the man and his misdoings in Africa,” says Keya.

It’s now to be seen what’s in the offing for Keya and what kind of battle she is to fight for her daring work as a journalist.

This, however, is not the first such case in India. Rather, corporate houses sending such legal notices to journalist and writers with claims of such unexpectedly higher compensation are on increase in India.

Few months back, India’s richest man Mukesh Ambani’s Reliance Industries Ltd. had served such legal notices on the authors and distributor of the book "Gas Wars - Crony Capitalism and the Ambanis."

The book, authored by journalist Paranjoy Guha Thakurta as the lead author and two co-authors Jyotirmoy Chaudhuri and Subir Ghosh, “chronicles the entire controversy surrounding the ongoing and proposed extraction of natural gas from the Krishna Godavari (KG) basin in the Bay of Bengal off the coast of Andhra Pradesh,” says Tehelka, a magazine known for investigative journalism.

RIL, through the legal services firm Khaitan & Co, also served a legal notices on Debashis Basu, editor and publisher of Moneylife, Moneywise Media Pvt Ltd, and Sucheta Dalal, managing editor of Moneylife, for publishing an article that reviewed the above mentioned book.

The notice, while referring Ms Dalal, the managing editor of Moneylife as reporter, accuses her of "validating highly objectionable parts from the book ‘Gas Wars - Crony Capitalism and the Ambanis’ in her article 'Ambani ki dukaan?'. Interestingly, the notice refers to the book as 'Pamphlet' at all places, including notices sent to the writers and publishers of the book, mentions Moneylife in its report about the notice.

It’s to be noted that RIL has recently taken over India’s large media conglomerates like IBN and TV18.

Condemning such legal notices, an appeal by a forum of conscious citizens said, “We have read the book ‘Gas Wars: Crony Capitalism and the Ambanis’ co-authored and published by Paranjoy Guha Thakurta and the review article ‘Ambani ki dukaan?’ by Sucheta Dalal, Managing Editor of moneylife magazine website and her messages on twitter and we found nothing defamatory either in the book or in the articles and tweets. The impeccable credentials of Paranjoy Guha Thakurta and Sucheta Dalal have been exemplary for Indian journalism in the era of paid news, embedded journalism and draconian corporate control over media.”

“This undemocratic act by these richest persons of our country and the artificial persons-the companies- they run is totally unacceptable, deplorable and constitutes an illegitimate advance against citizens’ rights,” the appeal said.

Another book authored by business writer Tamal Bandyopadhyay on the Sahara Group also irked the owner of the group that, in December 2013, sued Bandyopadhyay with a defamation suit for Rs 200 crore and got a stay against its distribution.

Sahara Group, however, withdrew the defamation case in April 2014 on condition that the book ‘Sahara: The Untold Story’ will include a disclaimer by Sahara stating: "The book at best can be treated as a perspective of the author with all its defamatory content, insinuations and other objections, which prompted us to exercise our right to approach the court of law... By getting the opportunity to put forward our objections in the form of a disclaimer...in the best tradition of Sahara and our respect for a journalist's freedom, we are...withdrawing the case we had filed against the publication of the book," as quoted by Legally India.

Such vindictive actions from leading corporate houses of India not only intimidate journalists who dare to bring the truth to public, but it also limits the fundamental rights to free speech which happens to be the very basic of democracy.

In the words of George Washington, “If men are to be precluded from offering their sentiments on a matter, which may involve the most serious and alarming consequences that can invite the consideration of mankind, reason is of no use to us, the freedom of speech may be taken away, and dumb and silent we may be led, like sheep to the slaughter.”

While increasing control of corporate house over media in India is seen by many as a threat to free press, there is a general apprehension that such SLAPPS served on journalists by corporate houses would limit the scope of freedom of speech and, thus, Indian democracy.