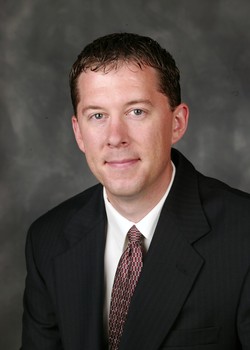 Family offices are showing the greatest appetite for agri exposure, according to a poll of 99 Agri Investor readers.

Luba Nikulina, global head of private markets at Towers Watson, the investment consultant, was not surprised by the results and pointed to nervousness from institutional investors in the past.

“[Agriculture] has matured quite a bit as an asset class and there has been an increased interest over the last two years,” she told Agri Investor. “Geographically, the country risks vary between developed and emerging markets. A priority for institutions is finding ways of mitigating risk, while taking advantage of the better returns that agriculture offers, and that comes down to investors wanting to have clear investment strategies when investing into agriculture. There are ways to mitigate operational risks but there are other risks involved in owning and operating agricultural projects, so these risks have to be balanced,” she told Agri Investor.

Family offices have provided an appealing starting point for several agri investment managers during their initial rounds of capital raising and many describe them as frontrunners in the growing asset class, such as Miro Forestry that has raised $20 million of a $50 million target purely from private capital.

First time fund, Ascent Africa, received all of its commitments from family offices based in Europe and Asia, aside from two, which were Kenyan pension funds. Cocoa producer Agro Nica Holdings, recently closed a fundraising round populated by family offices, and is now approaching institutions for the next round of financing. And some family offices have invested into agri proactively, hiring their own asset manager, or established a third party fund to invest alongside others such as the $2 billion Kattegat Trust and Sherpa Asset Management respectively.

The type of investor interest will depend on the assets being offered and the type of investment firm offering them, however, argued Jefferey Notaro, chief executive officer at Black Sea Agriculture, the Eastern Europe-focused agriculture asset manager. “While there appears to be a trend for family offices and institutions to consider adding agriculture to their portfolios, we see the scope of interest to be much more broad. Black Sea Agriculture’s potential investor base is different to most funds, in that it is made up of medium-to-high net worth individuals who contact us directly; or investment advisors, including family offices, who contact us based on requests made by their clients for farmland allocations,” he told Agri Investor.

The agriculture ‘buzz’, especially in farmland, may be due to the restricted supply of investment opportunities elsewhere, he added. “Interest from individual investors has been growing steadily in recent years, even though the universe of direct farmland investment products, such our fund, that are available to “retail” investors and their advisors remains extremely limited,” he said.

Institutional interest is gathering pace alongside family office demand, however, as investors are increasingly attracted to agriculture’s age old appeal as a diversifier, argued Stephen Kenney,vice president of business development at Hancock Agricultural Investment Group. “The investors most interested in farmland currently are public and private pensions, and also funds of funds and sovereign wealth funds. Institutional investors are increasingly looking for diversification in their portfolios and it’s a similar case with family offices who are perhaps heavy in equities or are looking to diversify a real estate portfolio,” he said.

Stuart MacDonald, managing director at Aquila Capital, the fund manager currently fundraising for a $400 million Australian dairy fund, also shares this view, saying that Aquila’s recent study of institutional investors and their fundraising experience has shown increased institutional and family office interest. “There is a momentum behind agri which means we expect institutional investment into agriculture to increase from last autumn, when we conducted our research,” he told Agri Investor. “Twenty-five percent of our respondents said they plan to increase their agriculture exposure in the short term and 35 percent – 40 percent are looking to increase exposure over the next five years or so,” he added.