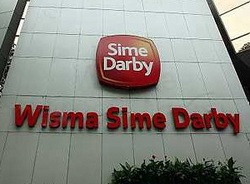 Indonesian lawmakers are looking to restrict foreign ownership of plantations to no more than 30 per cent from a maximum of 95% currently, which would impact on Malaysian companies like Sime Darby that have significant plantation holdings in the country.
Bernama | 18 August 2014

KUALA LUMPUR: Malaysian companies which own plantations in Indonesia are most likely to the biggest losers if the government’s plan to cap foreign ownership materialises.

“We believe such a harsh law may not become a reality, as Indonesia has just had a change of government. This is despite the previous government having introduced measures with a nationalistic slant,” it said in a note today.

RHB Research added that the move would also be difficult to implement retrospectively, given the large number of companies that may be affected and the need to find buyers to take up those assets.

“Nevertheless, if implemented, we believe it would be negative for the sector’s long-term growth and could weaken the rupiah further,” it said.

Indonesian lawmakers are looking to restrict foreign ownership of plantations to no more than 30 per cent from a maximum of 95% currently, according to a recent news report.

This move is in an attempt to maximise land usage, protect indigenous people and tighten environment control in the sector.

Maybank Investment Bank Bhd said the proposal would not only affect Singapore and Malaysian-listed groups with plantation estates in Indonesia, but also Indonesian-listed companies that are substantially owned by foreigners.

Given the scale of the potential equity sale, Maybank Investment Bank said the move would weigh heavily on the sector with a valuations de-rating as prospective Indonesian buyers will have the bargaining power, thus causing massive selling pressure.

“This development poses regulatory risks. But we believe it may be more politically driven and doubt it would be passed. It will have negative repercussions on Indonesia’s investment climate,” it said in its note today.