African farming is the new frontier for brave investors 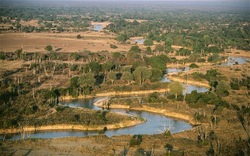 African farming is the new frontier for brave investors

For private equity houses, pension funds and family offices, the sprawling farms of sub Saharan Africa are the new land of plenty.

Supply is limited, due to patchy infrastructure and transport coverage, and the risks are high, but for those brave enough the long-term rewards could be bountiful.

Investors such as Duxton, a private equity-type fund that was spun off from Deutsche Bank, SilverStreet, CVC and Altima Asset Management, have already ploughed money into Zambia, Tanzania and Kenya, where speculators can reap an income yield of 15pc to 20pc in five to seven years, in some cases.

British farmland attracted global money in the 1970s, followed by Denmark and Ireland, but these mature markets have become increasingly expensive. UK agricultural land costs $25,575 per hectare, for example, having risen 270pc in ten years, compared to $1,800 in Zambia. The African continent holds the world’s largest proportion of agricultural land, with 1.2m hectares and 94,500 farms, although a much smaller proportion is investable.

“Sub Saharan Africa is the final frontier of commercial market development,” explains James Cairns, an international agent a property group Savills. “It gives investors the chance to buy in at a low entry price and pioneer the creation of new farmland and develop large- scale operations from an early stage.”

Both the yield and underlying capital growth, as a result of improving farm facilities, and long-term increase in land values, are also a draw.

The south-easterly strip of Africa provides enough land for the growing global appetite for meat, with investors picturing large-scale operations that will cater for firstly domestic demand, as the lower middle class in Africa expands, and then the export potential to the rest of the world.

By the year 2020, the global population is expected to reach the 8bn mark, by 2050 the 9bn mark [UN Medium Projections], as the world grows by 80m people a year, pushing up food consumption.
Urbanisation and increasing incomes in highly-populated regions, particularly in China, have led to a drift towards a more protein-based diet. But with it taking 21 times more farmland to produce the same amount of meat compared to rice, the need for farm-quality land in areas close to emerging economies is greater than ever.

"The surge of interest in global farming is being driven by a change in the diet in south-east Asia, the macro population boom and an increase in the global consumption of premium meat," explains Cairns.

As well as the need to meet growing food demands, global economic downturn has helped drum up early interest in African arable farming and cattle ranches.

“It changed the way funds look at their portfolio of investments,” adds Cairns. “They started to moved away from complicated structures towards tangible and real assets.” African agricultural sites in many ways have become the investment antithesis of London’s property safe haven.

Zambia is the most developed of the markets investors are now focused on, with a relatively stable political environment, proven land title space for cattle ranches that can stretch for 20,000 hectares, and arable plots in the farming area of Mkushi in the centre of the country.

The price of land in countries such as Zambia, in the middle of sub Saharan Africa, and bordering the Democratic Republic of Congo to the north, is strongly correlated to infrastructure such as irrigation. Scrub or bush is worth $50 per hectare, whereas bare land with a title costs around $500 per hectare.

Drought is a risk in this region so irrigated land with dams can command an $8,000 a hectare premium compared to arable dryland (non-irrigated), which is worth a quarter of the price. A fully developed and operational commercial farm, such as Batonga Ranch, a Zambian cattle farm with 3,000 cattle and ten dams, is currently on the market, for example, for $10m.

Brokers selling this property have already fielded interest from a pension fund’s asset management company, a couple of high net worth individuals and a family office.

But investment into agricultural land in Africa can be a minefield, admits Cairns.

“To succeed in farm investment in this area you need to do proper due diligence on the land, water and social and environmental situation to check there are no issues with ownership,” he says.

While infrastructure in Zambia and Tanzania is improving, accompanying the development of the natural resources market, suitable land close to roads and a power supply is limited. Being located near to the arteries of industry not only makes bringing in machinery easier, but also helps the efficient exportation of goods.

The by-product of mining natural resources in the area, such as copper or gold, is a growing hospitality industry with large hotel groups prowling the region. Boutique safaris will be joined by mass market accommodation chains in the years to come – a prospect that adds value to farmland, if there is potential to house a gaming reserve or lodgings.

Buying from local farmers and tribal communities is the lowest cost option, rather than acquiring land from Government or incumbent investors, but it's high risk.

“This is not the common approach for investors due to the risk but there is little good farmland available in the secondary market and thus greenfield development is often necessary,” says Cairns.

This is especially true in Tanzania where it is becoming difficult to buy large blocks due to Government restrictions.

Chief information officer at Duxton, Des Sheehy, agrees that the perception of risk when buying from tribal communities is off-putting anyone but the hardiest of investors.

He describes the African market as having three tiers: subsistence farmers and their families, who work the land to feed themselves and afford school fees; small sector commercial farmers; and large plants on an industrial scale.

Duxton invests in the middle tranche in Tanzania, Zambia and Kenya, and Sheehy isn’t sentimental about his reasons.

“We are not investing money to grow food or help people in Africa – we are investing to return capital to our clients,” he says. “But a consequence of our investment is the production of food and increased food security, while we also transfer skills into the market place.”

An offering with which brewers SAB Miller and conglomerate Diageo have been credit, by producing drinks on a large scale in countries such as Nigeria, bringing additional commerce, infrastructure, jobs and skills to the continent, Sheehy argues.

“It puts them in the spotlight, and they believe it is better to skip the opportunity and produce no food for locals then be criticised for not creating enough. For many the reputational risk hurdle of Africa is too high,” says Sheehy.

In reality there is a significant opportunity for global food brands across the continent as Africa’s lower middle class expands, and that’s before even considering the riches of the export market.
Aside from the investors, advisers, farmers and Governments, there is a fifth group watching deals activity intently. Grain – a non-governmental organisation (NGO) which campaigns for farmers and monitors the treatment of local people – names and shames all funds investing in different countries across the world on its site FarmLandGrab.org.

Last week Grain published a report claiming that investments in the southern agricultural growth corridor of Tanzania had a negative impact on indigenous rights to food. It alleged the take-over of such land means local farmers are forced to produce what they don’t consume and consume what they don’t produce.

But such NGOs, in combination with an increasingly sophisticated class of investor, are helping to create higher standards.

“Before the recession early investors were far less socially aware. Now if you’re not ethical and environmentally aware, the global NGOs, such as Grain or the Oaklands Institute, will come down on you,” said Cairns.

Despite Cairns’ obvious interests, Sheehy insists it is early days. “The area is crawling with potential investors, donors and NGOs, which in itself is off putting to investors,” says Sheehy. “While there isn’t a clamber to invest in Africa as yet, deals are definitely being done.”