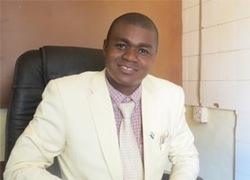 Mayor of Kono City Council, Sahr Emerson Laminah has described the increasing rate of land-grabbing as a menace and nightmare in the district that has the potential for creating confusion in the country.

Sahr Emerson Laminah made the alert at the foreground of the Koidu City Council during the launching of the campaign against land grabbing by Actionaid Sierra Leone.

The Actionaid Sierra Leone’s Campaign describes land grabbing as that which are not based on free, prior and informed consent of the affected land users and owners; not based on thorough assessment, or are in disregard of social, economic, environmental impacts.

It further describes it as that which is not based on transparent contracts that specify clear and binding commitments about activities, employment and benefits sharing; and not based on effective democratic planning, independent oversight and meaningful participation and realistic compensations for land and associated resources.

The Mayor urged Actionaid Sierra Leone and other civil society organization to intensify the campaign and lobby with Constitutional Review Committee for the policy against land grabbing to be included in the new constitution.

Representatives of civil society organizations including Ibrahim Bockarie, the Focal Person for Campaign for Just Mining confirmed that land-grabbing is on the increase and thus posing serious challenges and problems in Kono.  ”Large portions of land in nine chiefdoms in Kono District have already been leased to multi-national companies, thereby depriving the locals from benefiting from their land resources” he stated.

The Kono District Manager of Actionaid Sierra Leone, Mohamed Fofana described the act of land grabbing to be a gross violation of human rights as families and poor communities from benefiting from the nature.