Grabbing back: Essays against the global land grab 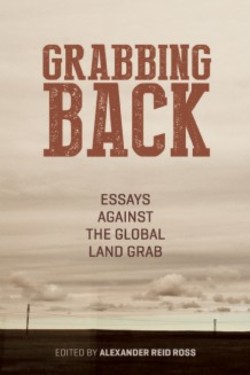 Grabbing Back: Essays against the global land grab

"Land grabs are a global phenomenon of our times, driven by the ever increasing demands of both global corporations and the governments with which they are allied. But as this powerful and timely book demonstrates, ordinary citizens, small farmers and ordinary citizens around the world are standing up to defend their own with passion and ingenuity, and they are recording successes that are both extraordinary and inspiring." —Oliver Tickell, Editor, The Ecologist.

Climate change ravages the earth, while wealthy elites try to grab as much of the world’s diminishing resources as possible. As Vandana Shiva writes, land is life. But land, and the struggle to possess it, is also power—colonial and corporate power, to be sure, but also the power of the dispossessed to rise up and call for an end to the global land grab.

Grabbing Back maps this struggle, bringing together analyses that uncover the politics of cultivation and control. In this unprecedented collection, on-the-ground activists join forces with critically acclaimed scholars to document the commodification and consumption of space, from foreclosed homes to annihilated rainforests, from ecotourism in Sri Lanka to the tar sands of Montana, and to outline the strategies and tactics that might stop the destruction.

More Praise for Grabbing Back:

“Part of the reason that knowledge about the current global land grab is so uncertain is the paucity of perspectives and analysis in defining the problem. This book fills the gap admirably. Think of it as a mix-tape, in which you’re led from rural, urban, indigenous, Earth First!, Global North, Global South, policy wonk, insurgent, high theory, and high praxis. Listen for the new voices and the new ideas—you’ll be humming them for years to come, and you’ll have heard them here first. —Raj Patel, author of Stuffed and Starved

"Grab back this sparkling mosaic of essays as a treasure of our new-old knowledge commons.   Together these pieces replace dichotomies with dialectics, making explicit the inseparability of land and collective life.  Together they restore the vital concept of social ecology in resistance to relentless and increasingly apocalyptic capitalism, with emphasis on its second contradiction: its impossibility on a finite resource base." —Maia Ramnath, author of Decolonizing Anarchism

“As the forces of thanatos leave no stone unturned in their quest to dominate the entire planet, this anthology provides a much needed antidote. Weaving together accounts from around the world, the authors advocate building grassroots movements aimed at subverting capital’s incessant assault on our lives and land.”—George Katsiaficas, author of Asia’s Unknown Uprisings

"The acquisition, control, and exploitation of land, as well as the simultaneous dispossession of land-based and peasant communities, is central to the processes of both colonialism and capitalism. As Fanon reminds us, egalitarian governance and stewardship of land is fundamental to the struggle for liberation and self-determination for all oppressed peoples. This makes Grabbing Back a necessary study for anti-capitalist and anti-colonial movements." —Harsha Walia, author of Undoing Border Imperialism

“Never perhaps has the land question been so crucial for anti-capitalist movements, as we are witnessing a global process of enclosure that privatizes lands, waters, forests, displacing millions from their homes, and placing monetary gates to what we rightly considered our commonwealth. It is essential then that we understand what motivates this drive and its effects in all their social and spatial dimensions. Grabbing Back takes us through this process, identifying the “reasons” and actors behind this global land-grab and, most important, introducing us to the struggles that people are making across the world to resist being evicted from their lands and to reclaim the earth. ” —George Caffentzis, Committee for Academic Freedom in Africa