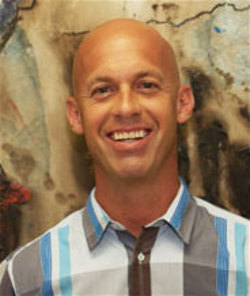 “Being a large corporate farm, I could not see how that would pencil out. It’s challenging enough for owner-operator farmers … but I never bought into (the idea) … on corporate scale, that it would work,” Mike Beretta, CEO of One Earth Farms.

CEO says efforts will now be focused on beef production

A company that once billed itself as the largest corporate grain farm in the country is no longer growing crops in Western Canada.

One Earth Farms, a subsidiary of Toronto-based Sprott Resource Corp., has sold its machinery and has terminated lease arrangements on hundreds of thousands of acres of cropland across the West.

At the height of its operations, One Earth Farms was growing crops on almost 200,000 acres of farmland, most of it rented from First Nations in Saskatchewan and Alberta.

By the end of this year, the amount of leased land controlled by the company will be down to approximately 5,000 acres, said Mike Beretta, the company’s chief executive officer.

One Earth is now focusing its efforts on beef production and brand development.

“Being a large corporate farm, I could not see how that would pencil out. It’s challenging enough for owner-operator farmers … but I never bought into (the idea) … on corporate scale, that it would work.”

Beretta, a beef farmer from Ontario, joined One Earth’s management team in February 2013.

Within a month or two of being named CEO, he proposed to One Earth’s board of directors that the company get out of crop production and focus instead on the production and sale of organic and naturally-raised beef.

“There was obviously a high capital investment (in crop production), and I thought there were much better ways of redeploying that capital,” he said.

“And to be honest, we didn’t show … any ability to generate anything remotely resembling profitable numbers.”

Beretta declined to share details on the scope of One Earth’s losses related to crop production but confirmed that the company was missing its budget projections by a “fairly large margin.”

One Earth has been renegotiating lease arrangements since last year.

Much of the cropland previously controlled by the company has been taken over by other farmers.

Most of the farm machinery owned by the company has also been sold, primarily through private sales.

Farm employees, which numbered roughly 100 during peak seasons, are no longer on the payroll.

However, the company is not out of farming completely.

One Earth owns roughly 17,000 head of cattle, which are being managed through third-party arrangements with ranchers and private landowners in Alberta, Saskatchewan and Ontario.

The company’s business dealings with First Nations groups have been reduced significantly.

Two years ago, the company had hundreds of leases with First Nations and individual aboriginal landowners.