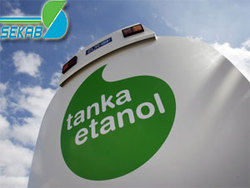 OVER 1,500 sugarcane outgrowers in Bagamoyo in Coast Region will earn about US$ 18 million annually when a grand project involving a sugarcane plantation and a factory under a Swedish based Agro EcoEnergy Limited takes off in the district.

The Chief Executive Officer of the Southern Agriculture Growth Corridor of Tanzania (SAGCOT), Geoffrey Kilenga said in Dar es Salaam recently the project involving a modern sugar cane plantation and a factory producing sugar, ethanol and power for the Tanzanian market was about to take off soon.

About 1,500 sugarcane outgrowers have been earmarked to produce about 1.4 million tonnes of sugarcane annually for the factory under the project. "This is a huge project which is under SAGCOT will take off soon we hope.

The investor is very serious and has already started training local villagers on modern farming methods for rice and sugarcane," Mr Kilenga said.

Kilenga pointed out that a model sugarcane and rice farm had already started production on the ground with the Swedish based company's support as a way of preparing communities on their future partnership in production of sugarcane, power and ethanol.

"Under SAGCOT one of our key principles is for large scale commercial investors to work with smallholder farmers. Anyone who wants to work with us must subscribe to such a principle first," said Kilenga.

He said there were over 12 million smallholder farmers under SAGCOT mainly in the Rufiji Basin area covering southern regions of Mbeya, Iringa, Morogoro and Rukwa regions.

The SAGCOT CEO named Kilombero Plantation Limited which is working with 20,000 smallholder farmers whereby production has increased from 750kgs per hectare to 11 tonnes.

"We want this to happen in Bagamoyo also," Kilenga argued. Launched at World Economic Forum Africa in 2010, SAGCOT is a public-private partnership that aims to boost agricultural productivity in Tanzania and the wider region, and thereby achieve the country's agricultural strategy.

Mr Carstedt expressed hope that although implementation of the project has taken a long time, there is renewed hope that all necessary government approvals and agreed conditions will be fulfilled.

"Our shareholders and development banks want to see the things agreed with the government implemented before committing their money," Carstedt pointed out.

Among other things, the company wants an end to land conflicts in the area where Dar es Salaam based bigwigs are frustrating the project by instituting court action, stop importation of cheap sugar and provide incentives for ethanol production as it is a green fuel.