Ukraine: Divvying up the breadbasket of Europe 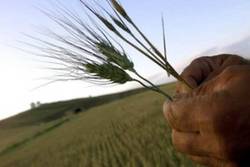 Ukraine: Divvying up the breadbasket of Europe

Amidst escalating U.S.-E.U. sanctions against Russia for its illegal seizure of Crimea, experts and commentators alike have speculated on the financial fallout such measures and continuing political instability will elicit for Russia, Ukraine, and the international community, particularly in the energy sectors of oil and gas. One economic dynamic that has received lesser media coverage is the impact of the current dispute on agricultural production and distribution in Ukraine. Significantly, this issue provides further insight into the strategic import of Crimea and partially clarifies why China remains reluctant to enter the fray.

Endowed with particularly fertile steppes of rich black soil, Ukraine became known as the “Breadbasket of Europe” during centuries of foreign occupation. According to the CIA World Factbook, the country produced more than 25% of total agricultural output – grains, meat, milk, and vegetables – for the Soviet Union. Today, roughly one out of four workers in Ukraine subsist on cultivating the land, consistently generating net food surpluses. Russia and the European Union purchase nearly 40% of these agricultural exports, which contribute to more than 5% of Ukraine’s annual GDP.

In 2011, Frank Holmes, CEO and chief investment officer of U.S. Global Investors, offered an encouraging investment prognosis for the agricultural sector in Ukraine, claiming “its agribusiness is booming” even in the wake of the global financial crisis. As seen throughout history, states around the world continue to pursue the great economic potential in the “Breadbasket of Europe.”

Even with status as one of the world’s largest grain exporters, Ukraine is still beholden to its top trading partner, Russia, for agribusiness. Russia already utilized this leverage in a tactical move against the newly installed government in Kiev. On 24 February, Sergei Dankvert, head of the Russian veterinary and phytosanitary oversight service Rosselkhoznadsor, hinted at temporarily limiting certain food imports from Ukraine, explaining, “Cooperation between veterinary and phytosanitary experts is largely based on trust. If the conditions in which the Ukrainian service is working do not improve, moreover, if its leadership is replaced, the business contacts, built over the past few years, may be affected.”

More notably, the recent annexation of Crimea means Russia controls key ports along the Black Sea through which Ukraine distributes its agricultural products to international markets. Ongoing geopolitical tensions will likely further increase the risk attached to Ukrainian commodities, hindering the flow of goods, hiking global grain prices, and creating more demand for U.S. output. By so hastily acquiring new territory, Russia singularly faces even bigger economic challenges including feeding a Crimean populace that received more than 70% of their food directly from Ukraine.

The latest U.S.-EU sanctions consisting of visa restrictions and asset freezes against individuals in Russian President Vladimir Putin’s inner circle lacked potency. However, as Russia’s largest trading partner for commercial investment and technology, the European Union has the power to inflict serious damage on the declining undiversified Russian economy, which will strain to bankroll the Crimean venture. Despite some blowback for the West, it is likely more serious financial measures will follow soon, pushing Russia to increase economic activity in the Asia-Pacific, especially with China.

Perhaps the most pressing unanswered question in the present conflict is China’s hesitation to side with Russia. On 15 March, China abstained from voting on a U.N. Security Council resolution condemning Crimea’s referendum. According to Jonathan D. Pollack, a China expert at Brookings Institution, “The Chinese position is, Don’t throw away options if you don’t have to, but find a way to maintain that tap dance in between.”

In recent years, China has become increasingly close to Russia, strengthening trade ties and operating as a unified front on major foreign policy issues such as Syria and Iran. But the two countries do have their differences ranging from the ideological to competition for economic dominance in Central Asia. Furthermore, China recently acquired quite a substantial business stake in Ukraine.

Last year, ousted Ukrainian President Victor Yanukovych agreed to lease three million hectares for farming, nearly 5% of Ukraine’s total arable land, to Chinese state-owned companies in exchange for infrastructure projects. China ambitiously plans to develop this new food supply in order to provide for a steadily growing population soon to surpass 1.4 billion people. The leadership in Beijing will likely remain reluctant to back Moscow fully in hopes of protecting their huge agricultural investment by negotiating with the new Ukrainian government.

But Russia appears poised to shift the diplomatic calculus to potentially woo China. Fears abound that Russian military forces amassing along the border of eastern Ukraine will invade again to annex other pro-Russian areas. The most likely target is the separatist territory of Trans-Dniester in Moldova; however, pro-Russian protests have also continued in multiple eastern Ukrainian oblasts including Donetsk, Luhansk, Kharkiv, and most relevantly here Dnepropetrovsk where China purchased most of its new bastion of agriculture.

Though pro-Russian movements in this Donbass region have started to dissipate since the call for a referendum similar to Crimea, Russia looks ready to expand farther, aiming to right the perceived historical injustice when it lost these lands decades prior. If Russia sweeps across eastern Ukraine to occupy the Dnepropetrovsk oblast, it is somewhat likely China will be more keen to offer support and negotiate a settlement with Russia on their various investments. As witnessed many times before, Ukraine is once again at a flashpoint for foreign powers to divvy up the “Breadbasket of Europe.”