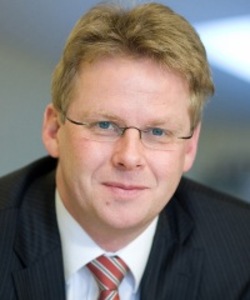 Carl Heinrich Bruhn, founder of Amatheon Agri, which has already invested €30m in farming projects in Zambia and Uganda, and plans to spend an additional €350m in the coming two years in other African countries, such as Ghana and Mozambique.

Carl Heinrich Bruhn’s perception of Africa used to be mostly negative. “I came from this typical view Europeans have of Africa, that it is this continent of hunger, war and corruption.”

However, his opinions made a dramatic about-turn since he first came to the continent to look for investment opportunities. “My view about Africa has changed completely.”

Bruhn is a German farmer who has spent his career working in Europe’s agricultural and food industry. A few years ago he decided to start his own agricultural company, and in 2011 Amatheon Agri was launched. The company has managed to attract various high profile businesspeople, such as former Unilever Africa head Frank Braeken, who joined the company as chief investment officer.

Amatheon calls itself a “European agribusiness and farming company developing and operating sustainable projects in sub-Saharan Africa”. However, it was not Bruhn’s original intention to do business in Africa.

After initially focusing on opportunities in Kazakhstan and Russia, the company was offered a project in southern Africa, which opened his eyes to the potential on the continent.

“I went to sub-Saharan Africa and said: ‘Wow, why have I never seen this opportunity?’ In regards to business operations in Africa, people always talk about the risks and enormous difficulties, which led to me adapting this view as well. Today I have a very different and more sophisticated view, because it is not about the risks and difficulties, which without doubt exist, but it’s about whether you know how to manage them.”

The company’s first investment was in Zambia where it acquired more than 30,000ha of land 200km west of the capital Lusaka. Amatheon cultivates soya, maize and wheat in the region and is steadily growing its cattle herd.

Furthermore, the company recently launched a farming project in northern Uganda and is looking to expand into others areas within the country. It has already invested €30m in Zambia and Uganda, and plans to spend an additional €350m in the coming two years on farming, trading and food processing activities in other African countries.

Amatheon picked Zambia for its first investment because of the country’s “political and social stability, openness to foreign investment, as well as its favourable conditions for agriculture”. Zambia also has a growing consumer class and is bordered by eight countries, providing a large market for commodities and food products.

The past years have seen numerous large scale foreign investments in African farmland. Drought-stricken Gulf nations such as Saudi Arabia have reportedly bought up huge swathes of land, while private companies have also gotten in on the action.

These so-called land grabs have come under fire, with complaints that some land deals are done with little transparency or regulation, have no environmental safeguards, and have displaced local inhabitants. Concerns have also been raised that commodities produced by foreign companies are simply exported without much benefit to the food security of local populations.

But Bruhn does not share this negative sentiment. While he acknowledges that when done wrongly these deals can be harmful, he says foreign investment in agriculture can have a positive impact on host countries.

He points out that Amatheon has been well received in Zambia, not only by the government but also by the local communities as the company brought employment to and developed infrastructure in the area where it farms. Furthermore, he says, the company also supports neighbouring smallholder farmers.

“Not only did Amatheon establish a farm shop where farmers can buy inputs, Amatheon is also in the midst of developing an agricultural training programme, which will be put up through the newly established Amatheon Foundation. The company also grants a market to local farmers by purchasing their crops.”

According to Bruhn, governments and local communities generally encourage foreign investment “because they know when you do an investment there is an anchor for development, especially in rural areas”.

Focusing on the opportunities

Amatheon is pushing on with its projects in Africa, with new investments in Ghana and Mozambique on the horizon.

Bruhn is excited to be a part of Africa’s growth story and urges people to close the gap between perceptions and reality regarding the continent’s opportunities.

“I’m always asked: ‘What about the risks to invest in Africa?’ Even countries that have been stable for years, such as Ukraine for example, can fall into a time of turmoil. Hence, why not focus on the opportunities and manage the risk? I don’t think you have a region in the world with a bigger opportunity than Africa.”