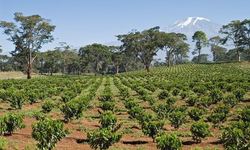 by Claire Provost and Erick Kabendera

Zitto Kabwe first heard about the G8 initiative to transform the future of farming and food production in his country when he opened a newspaper in 2012. The chairman of the Tanzanian parliament's public accounts committee says he was critical of the scheme from the start.

"Something like this needs to go through parliament. The executive cannot just commit to these changes," he said, poring over the list of projects and policy changes his government has agreed to as part of the New Alliance for Food Security and Nutrition, launched by Barack Obama two years ago.

As part of the initiative, Tanzania committed to changing its tax and seed policies. It also said it would make it easier for investors to gain access to land. Under the New Alliance, such commitments are deemed necessary to spur growth in agriculture and lift millions of poor farmers out of poverty.

Kabwe, however, believes his government's tax-related commitments will benefit companies rather than small farmers, while proposed changes around seeds could pose serious threats to rural communities.

"Anything that involves facilitating seed importation is a threat," he said. "It will be like colonialism. Farmers will not be able to farm until they import, linking farmers to vulnerability of international prices. Big companies will benefit. We should not allow that."

Doug Hertzler, a senior policy analyst at ActionAid USA, echoed Kabwe's concerns, warning that while not every New Alliance project will be bad "the overall emphasis is in the wrong direction".

"It is all about creating markets for the chemical and the seed companies that are owned by the international companies rather than public services, which is the best way for smallholders to grow and expand," he said, adding that big changes in access to land, with more going to commercial firms, could create "unequal land tenure patterns which will last for generations".

A go-to retort from proponents of the G8 initiative has been that many of the companies involved are not big multinationals, but small local firms. Tanzania's New Alliance co-operation framework lists nine Tanzanian companies and 11 international ones.

Kabwe says this is not quite accurate. "Many of these are not Tanzanian companies. They may be registered in Tanzania but owned by foreigners," he said, pointing to the Tanzanian Horticultural Association as an example. This is just an association of companies working in the country, and includes many big foreign firms, he said.

Tanzania's cooperation framework says the country is "a showcase for public-private partnership in agricultural growth, exemplified by the development of its Southern Agricultural Growth Corridor (SAGCOT)". Under SAGCOT, launched at a World Economic Forum summit in 2010, the government has earmarked nearly a third of the country for commercial farming projects, setting aside thousands of hectares of the country's most fertile land for private investors.

Kabwe says the government should be investing in small farmers instead. "With large-scale farming, you are turning small farmers into mere labourers," he said. "Yes there will be huge investment in the country. There may be improvements in rural infrastructure. But this will not liberate people from poverty."

Outgrower schemes, under which companies buy produce from small farmers, are not enough on their own, Kabwe said. "Who determines the contracts? The fear is at the end of the day you have small-scale farmers being exploited. To prevent that you need strong local organisations for farmers and led by farmers."

Companies, for their part, say they still face major challenges to investment in the country and need the government to revise its policies.

Carter Coleman, the CEO of the UK-based agribusiness Agrica, said his company's farm is at the end of hundreds of kilometres of road which get "cut off from the rest of the world every rainy season". Better infrastructure and changes to tax rules are needed before further investments are made, he said, lamenting that the New Alliance had so far yielded few tangible benefits.

Audax Rukonge, the executive secretary of the Agriculture Non-State Actors Forum, said his biggest fear was that the New Alliance would end before gains have been realised. "This may lead the investors under the alliance to get discouraged because they need to make profit since most of them borrowed money from banks to invest," he said.

According to the initiative's 2013 progress report, only three of Tanzania's 13 policy commitments had been completed by May last year.

For all his concern, Kabwe is not ready to write the New Alliance off completely. Agriculture, he says, is undeniably key to Tanzania's future. "The aim should not be to stop this project. The aim should be to improve it," he said. "This can be a starting point."

He insists that small farmers need to be supported and involved in the process from the beginning, given access to social security schemes such as pensions and health insurance, and empowered to form strong local organisations which can defend their rights in negotiations with companies. "That," he said, "would be transformational."