South-South land grabbing: what the case of Egypt and its southern neighbours reveals

‘Emerging regional powers’ in the South have produced powerful finance capitalists such as the Egyptian firm, Citadel Capital that is buying land, rights to water and precious metals. Allied with global governance institutions, such finance capitalists represent greater control over vital resources and distribution routes for private wealth accumulation. 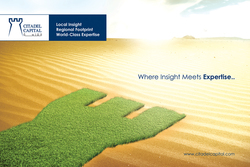 Much land grabbing, or large-scale acquisitions of farmland by investors, states, and others since the 2007-2008 food-fuel-financial crisis, is the work of local and regional actors, rather than wealthy Western individuals and institutions. To understand South-South land grabbing, though, we must look beyond the role of BRICs, which has received much attention in the media and literature, to ‘emerging regional powers’ with economies large enough to have generated sizable classes of finance capitalists and corporate business during the last decades of privatization and liberalization. As the case of Egypt and southern neighbours suggests, we must also look beyond farmland to understand the value of fertile agricultural land to investors – and what the implications are and may be for community and national sovereignty.

The role of the Egyptian financial firm, Citadel Capital, in the regional (East-North Africa) land grab points to the real and potential dire implications of the rush for land (and other resources) for food security and livelihoods. Citadel Capital has been acquiring (and attempting to acquire) lease rights over fertile agricultural land (communal state lands), access to vital irrigation water and prospecting rights for precious metals and oil in Sudan, South Sudan and other southern neighbouring countries. More than this, significantly and alarmingly, the firm has been building a transportation corridor through and out of the region.

More than compromising community and national sovereignty, this and other cases of South-South land grabbing demonstrate that the rush has often been a moment to capitalize on crises – in Southern countries dire for revenue, lacking enforcement of policies and regulations, facing steep un/under employment, coping with large-scale displacements, and on and on. Taking advantage of crises for private wealth accumulation and hegemonic state system concretization is of course nothing new in the annals of capitalism, and today is exemplified perhaps by large-scale investments in the former Sudan. The rush to invest began in the immediate aftermath of the Comprehensive Peace Agreement (CPA) in 2005 that ended the brutal civil war, and then the former Sudan became a primary destination of land grabbers in the wake of the 2007-2008 crisis.

Finance hegemony in Egypt – and its southward expansion

A historical look at the emergence of Citadel Capital as a land grabber suggests that South-South land grabbing has emerged out of processes long in the works that have consolidated the formal economies of originating (grabbing) countries. In Egypt Citadel Capital is one financial firm among an emergent class of finance capitalists that took an active role in the last wave of consolidation of the agri-food (and other) formal economic sectors in Egypt since the big push toward privatization and liberalization in the early 1990s. Further, the paths of investment are not necessarily new, and rather, may have been shaped by existing relations and histories of colonial rule and state making. The path of expanded reproduction of Egyptian capital – first horizontal from the Delta into the desert and then southward vertically into Upper Egypt and southern neighbouring countries – is a process of frontier making that was forged in the 19th and early 20th centuries through British rule in Egypt and joint Egyptian-British rule in Sudan.

Consolidation of the formal economies of Southern countries has meant not only expansion into existing markets but ‘diversification’ into new markets, domestically and regionally. Citadel Capital has its hands in nearly all formal economic sectors in Egypt. Gazour, the firm’s agribusiness holding company, is set up to swallow an ever greater percentage of the domestic agri-food industry by expanding production and integrating vertically. For instance, Gazour bought the largest industrial dairy farm in Egypt (Dina Farms), expanded production by buying more land and importing more cattle, and then linked Dina Farms to the supply chain of one of its drink processing firms. This vertical and horizontal integration helps explain the firm’s investments in southern neighbouring countries. Citadel Capital is investing not only in farmland and agricultural production but also in food processing companies. Beyond this farm to food processing linkage, the firm is prospecting for gold in the war-torn Blue Nile state of Sudan and potentially other resources (like oil) in the region.
The firm’s diverse holdings are integrated vertically through its investments in ‘green’ (rail and river) transportation. Through the acquisition of Rift Valley Railways – from the port of Mombasa to Pakwach in Uganda – and its investments in river transport – from Pakwach upstream through Sudan and Egypt – Citadel Capital has been building a ‘gold corridor’ that could potentially control the movements of its (and others’) commodities through and out of the region, from the Mediterranean Sea to the port of Mombasa.

What is new about these neo-colonial developments is the presence of and support from global governance institutions. As much of the land grabbing literature attests, and as this case confirms, international finance institutions in particular have been critical to the growth of large-scale acquisitions of land and other resources in Southern countries following the 2007-2008 crisis. Citadel Capital’s farm in South Sudan (Concord) will produce and transport staples for the South Sudanese army and the UN World Food Programme through lucrative contracts. The World Bank’s IFI and other finance institutions like the African Development Bank have been principle co-investors with Citadel Capital in its ‘green’ investments.

Rather than leading to anything that may be called ‘development’, partnerships between investors and global governance institutions represent greater control over vital resources and distribution routes for private wealth accumulation. Citadel Capital’s ‘gold corridor’ sheds light on these partnerships as not simply speculative in nature but as paths of capital accumulation in the medium term. In these ‘risky’ times, with (fears of) political instability in revolutionary Egypt and in other investor originating countries (e.g. Saudi Arabia), Citadel Capital is converting from a private equity firm, with short-term interests, to an investment bank with principle longer-term interests. Such a shift reveals quite convincingly anticipation of continued chronic food insecurity (as the firm renews continually its contract with the World Food Programme to transport food aid throughout the region) and corporate consolidation of agri-food systems (as it attempts to expand and integrate its market shares regionally – and other investors develop and expand their acquisitions in the region as well).

A full account and analysis of these research findings can be found in the following article, ‘The land grab, finance capital, and food regime restructuring: The case of Egypt’ in the Review of African Political Economy (2013, early view).