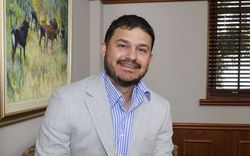 Yesterday, Zeder announced the acquisition of Mpongwe Milling - a privately owned maize and wheat mill based in the Zambian Copperbelt - for $27.5m (R275m).

The deal was struck through Zeder's existing investment in that country - its 73.4%-owned commercial farming venture, Chayton Africa.

Zeder acquired control of Chayton early last year with a view to exploring further agribusiness opportunities in Zambia and other African countries. Although still in its early stages, the sprawling Chayton enterprise already has 4,100ha under irrigation and ranks as Zambia's second-largest grain producer.

The combined Chayton and Mpongwe operations could see Zeder earning a sizeable haul from African operations in the medium term.

Zeder CEO Norman Celliers was in Zambia and unable to respond to Business Day's inquiries about the possible effects of the transaction.

But there is no doubt Mpongwe, which has been under family ownership since 2006, will add a new dimension to Chayton's commercial farming operations.

In a brief Stock Exchange News Service statement, Zeder yesterday reiterated it was Chayton Africa's strategy to become a diversified agricultural company that owned and operated grain and other related agricultural and value chain businesses across Southern Africa.

The company said Mpongwe complemented Chayton Africa's operations and provided it with an opportunity to expand its product offering across the value chain.

The Mpongwe deal value represents only 6.5% of Zeder's market capitalisation. But the transaction is significant in Chayton Africa's life, being worth about the same cost-based value that Zeder placed on the Chayton investment in its latest annual report.

The deal appears to be earnings-accretive for Zeder, but more importantly it gives the company's African endeavours a well-established brand and an opportunity to push into new markets.

The company's website alludes to it eyeing opportunities in the Democratic Republic of the Congo. Zeder - despite having its direct African investments limited to Zambia - does have significant exposure on the continent through other SA-based investments. Seed venture Zaad is likely to break into a variety of markets in Africa, fruit marketing and logistics specialist Capespan already has exposure to African markets, and retailer Kaap Agri is enjoying success in Namibia.