Olam agrees to sell Australian almond orchards for A$200 Million 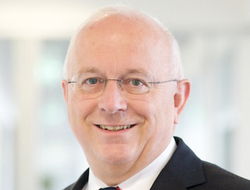 Olam agrees to sell Australian almond orchards for A$200 Million

Olam International Ltd. (OLAM), the commodity supplier backed by Singapore’s Temasek Holdings Pte, said it agreed to sell and lease-back its almond orchards in Australia for A$200 million ($186 million) in cash.

Nearly 12,000 hectares (30,000 acres) of orchards will be sold to Adveq Almond Trust, owned by a group of investors led by Adveq Real Assets Harvested Resources LP, Singapore-based Olam said today in a statement. Under the agreement, Olam will lease-back the orchard land, trees, and infrastructure for 18 years, a deal which could be extended or renewed, it said.

Olam, which sells commodities from rice to cocoa, is executing on its plan to cut spending and sell assets, as part of a business review in April that followed allegations by short-seller Muddy Waters LLC questioning its finances. Executive Director Anantharaman Shekhar said in August that Olam is focusing on generating cash flow and reducing the pace of its investments.

“Though we will no longer own the land, trees or the farming infrastructure, we continue to retain the production economics of the entire almond harvest from these orchards,” Shekhar said in the statement.

Olam said it expects to book a gain after tax of about A$45 million when the transaction is completed in the first quarter of 2014. The company will continue to own water rights to the land, and its almond processing plant, it said. The company is due to report quarterly earnings tomorrow.

The company said in a Nov. 1 statement it sold its Dirranbandi cotton gin in Queensland to Cubbie Ginnery Pty for A$20 million, in line with a strategy to redeploy capital to higher growth areas.

Earlier this year, the company sold its basmati rice mill in India for $14.5 million. It also said in February it sold, and leased back, almond orchards in California, which boosted second-quarter profit by S$18.1 million ($14.5 million).