‘Land grabbing’ in Africa: Biofuels are not off the hook 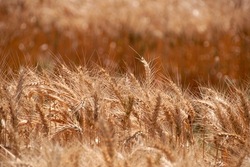 ‘Land grabbing’ in Africa: Biofuels are not off the hook

A new report by Dutch consultancy firm Ecofys claims that European demand for biofuels is not to blame for “land grabbing” in poorer countries. The report — commissioned by an organisation that “represents the European renewable ethanol industry” — comes as EU law-makers discuss new biofuel legislation that could curb support to the sector.

The report reviews deals accounting for 67 per cent of total area included in the Land Matrix dabatase, which is one of the most ambitious attempts to monitor trends in land acquisitions.

Ecofys concludes that only 35 per cent of the land area in the deals it reviewed could be “confirmed”, as the remainder was from deals that never came to fruition or that have been cancelled. The report also estimates that biofuels account for far less land acquisition than previously thought.

The report implies that “land grabbing” has been exaggerated, and concludes that demand for biofuels has not been not a major driver of land acquisition.

This may sound reassuring. But the report’s findings require closer scrutiny. And while I have argued in my book The Great African Land Grab? that media reports are likely to have overestimated the scale of the land rush, there is no ground for complacency.

Figures are only a part of the story

Before getting into a discussion about figures, it is worth reminding ourselves about their limitations. It is virtually impossible to come up with an accurate aggregate figure of scale. There are many reasons for this.

Access to data remains limited. Also, the global land rush is unfolding very rapidly: deals are signed, cancelled, restructured or transferred. This makes it difficult for anybody to keep track of trends. And whether a deal makes it into international datasets ultimately depends on whether it catches the attention of journalists or NGOs.

Another problem is that it is difficult to define what a “confirmed” deal is in the first place: an memorandum of understanding or establishment convention may be signed, but not followed by an actual land lease – or the land lease may be for a smaller area, at least initially. The gap between announced deals and actual contracts, let alone implementation on the ground, was a well-known phenomenon before this report.

But even if an establishment convention is not followed by an actual land allocation, or if a lease is not implemented, or it is implemented on a smaller scale than initially planned, the deal can still exacerbate competition for land. If the land cannot be allocated to other uses, the host country bears significant opportunity costs.

And villagers may lose access to that land even if the leasing company does not develop it and media attention moves on – as people affected by a failed Dutch biofuel venture in Tanzania know all too well. Confining attention to “confirmed” and ongoing land deals, as the Ecofys report does, ignores these important dimensions.

In addition, in some countries the deals are geographically concentrated. In Ghana, for example, most biofuel projects are in a central belt that runs through the Ashanti, Brong Ahafo and Northern Regions. Land deals for agriculture may compound pressures from other sources, such as conservation or mining. Even a smaller aggregate scale of land acquisition can increase pressures on land in such settings.

Other features of local contexts will also influence the extent to which a given scale of land acquisition will exacerbates a squeeze on resource use. Because of different demographics, an acquisition of 1,000 hectares would have very different implications in Rwanda than it would in Mozambique.

So aggregate figures of scale, whether generous or conservative, are unlikely to be the final word on how the deals are increasing pressures on land.

What about the figures?

Time to look at the figures more closely. The report’s finding that biofuel projects are not responsible for much land acquisition will come as a major surprise to those who have been following land deals for a while.

It is true that it is often difficult to draw clear lines: the biofuels boom has given renewed momentum to crops that have multiple uses, such as sugar cane and oil palm. But earlier studies consistently documented the important role of biofuels in land acquisition.

For example, a World Bank study published in 2011 identified “demand for biofuel feedstocks as a reflection of policies and mandates in key consuming countries” as one of the main drivers of the global expansion of cultivated area. The study drew on multiple sources, including systematic national inventories of land deals. A separate report, also published in 2011, found that biofuels accounted for 63 per cent of land acquired in Africa since 2005.

A study published in 2009 by IIED, the UN Food and Agriculture Organization and the International Fund for Agricultural Development also found that biofuels were a major driver. Like the World Bank study, this report drew on systematic national inventories of deals in selected African countries.

So how to reconcile the Ecofys report with the earlier studies?

No doubt the Land Matrix consortium will thoroughly cross-check the Ecofys figures. But even for a rapid analysis, the report does not cover some known very large deals, such as a deal for up to 300,000 hectares in Gabon and one for some 70,000 hectares in Cameroon. The stated aim was to examine the top 50 deals included in the Land Matrix. Yet these two deals aresignificantly larger than others included in the report.

Scrutiny of individual entries also gives ground for concern. In Liberia, for example, the Ecofys report classifies a palm oil deal led by an Indonesian company as being for 240,000 hectares. Yet the contract for this deal, available here, is for 220,000 hectares, plus 40,000 hectares for an outgrower scheme, for a total of 260,000 hectares within a “gross concession area” of 350,000 hectares.

Also, the Ecofys report states that no concerns have been raised about this particular deal. Yet affected communities have filed a formal complaint with the Roundtable on Sustainable Palm Oil (RSPO), alleging violations of RSPO standards and procedures.

Many biofuel projects have failed

But there is also another explanation for the gap between the Ecofys report and earlier research. The biofuels boom appears to have peaked in 2007-2008. Since then, several biofuels projects have collapsed or have been delayed due to thinly capitalised start-up companies and greater-than-expected implementation challenges. The financial crisis in the West has made lending more difficult. It is also possible that NGO campaigns on “land grabbing” may have discouraged more companies from stepping in.

The Ecofys report gives a snapshot of the situation today, and it could be that disappointing results are now reducing the relative importance of biofuels as a driver of land acquisition. However, robust evidence shows that biofuels have been an important driver over the years.

Also, the report states that “[a]s the time lapse between [the land] deals and actual production is at least a couple of years (involving possible failure of the project at the end), it is premature to link land deals directly with EU biofuel consumption” (p. 8).

As biofuel projects in Africa get into marketing stage, it may become easier to link them to consumption in Europe. But the real issue is not how much of the biofuel Europe has consumed was produced in Africa. Surely, what matters is the extent to which the expectation of market access created by EU biofuel mandates since 2003 has promoted land deals in Africa, even if those ventures have then collapsed or are yet to sell any products.

Scrutiny of figures and claims is important, as is the need to ensure rigour in advocacy. The Ecofys report is a useful contribution in these directions.

But the biofuel industry would be on shaky ground if it sought to use this report to discard the significance of large-scale land deals, or the role that biofuels have played in promoting the deals. As European law-makers consider the future of EU biofuel policy, they should bear these considerations in mind.