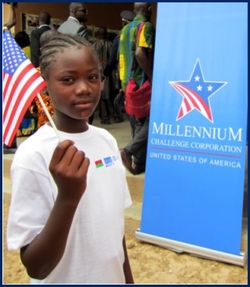 Ouagadougou — Burkina Faso has been working for years to improve its land ownership legislation - particularly in rural areas - in large part to protect rural land owners from unfair deals that have seen wealthier buyers acquire vast tracts of land at the expense of poor villagers.

The US aid agency Millennium Challenge Corporation (MCC) first got involved in 2009, with a US$59 million grant to strengthen rural land governance and to develop a rural land tenure law (passed in 2009). This year, the organization took the programme further, launching an initiative to increase the transparency of land transactions.

Local authorities in some parts of the country say the reforms are starting to take effect.

Seydou Dao, mayor of the western Padema District, made up of 12 villages, told IRIN, "Conflicts [over land] have abated since the adoption of the new law, mainly thanks to a lot of awareness-raising."

Disputes over land ownership, use, succession, investment and boundaries are common in rural Burkina Faso. According to the MCC, 282 cases of land-related conflict were reported between April and June 2011 in the 17 rural districts targeted by the organization's transparency programme. Hundreds of other cases were reported to the national and local authorities in 2012.

Conflicts have also repeatedly erupted between herders and farmers.

Most of the land conflicts in Seydou Dao's region are between brothers, following the death of a parent, or between villagers, he said, with herder-pastoralist conflicts being less prevalent.

"Land matters in rural Burkina Faso are characterized by multiple problems, among them the rise in land conflicts, which are worsening, [and] the amassing of land by rural entrepreneurs, mainly agro-businesses," said Blaise Yoda, who is in charge of land issues at the government-run Small-Scale Irrigation and Water Management Project.

In the 2000s, the government encouraged agro-businesses to boost and modernize agricultural production, but many firms have since been criticized for allegedly buying up the bulk of fertile land and marginalizing small-scale rural farmers.

The new MCC initiative aims to redress some of the inequity inherent in many land deals.

"We have noted underhand land transactions done in a manner in which the one with the money acquires large land reserves to the detriment of the villagers, who depend on the land for their survival," said Koudregma Zongo, who heads the MCC land tenure project.

To boost transparency, the government, with support from the MCC, has set up a national land observatory to monitor transactions. It has also has set up "continually operating reference stations", which collect information on land using global positioning system (GPS) data.

"The aim is to... provide sufficient and clear information on procedures and processes, so that a whole village is informed when there is a transaction to prevent shadowy dealings," Zongo told IRIN.

In addition, many rural residents lack documents proving land ownership, leaving them at a disadvantage when negotiating loans and sales.

Rural land commissions have been set up to show people how to acquire land deeds, and to resolve village-level land disputes. Under the 2009 reforms, legitimate but undocumented land rights must be honoured by the authorities, and landowners must be aided in developing the right documentation.

The 2009 law also requires oversight for large land sales. No permission is required for the sale of fewer than 10 hectares, but a municipal council must authorize sales of 10 to 50 hectares.

A transaction of 50 to 100 hectares is possible only with the permission of the finance minister and a second minister chosen depending on what the land is set to be used for. Only the cabinet can authorize land sales above 100 hectares.

Still, huge amounts of land are still being sold in rural areas because many in the villages are unaware of the land laws.

"We have clear regulations, but they are never observed on the ground," Zongo said.

But he sees a shift occurring. In the 17 districts where the land reform project is being piloted, the MCC has received 3,500 land title deed applications, Zongo said. In the central Ganzourgou Province, 14,000 people have been handed title deeds.

"This is a very good step for food security because people will not invest without documents. With the titles, the subsistence farmers can get loans to boost their production," said Souleymane Ouédraogo, director of the rural economic development department at the agriculture ministry.

For Seydou Dao, the best thing about the reform project has been the awareness raised among villagers about the land laws and how to protect their land rights. "After lots of discussions now in [the] 12 villages in Padema, everyone is aware of the law," he told IRIN.

Media campaigns pushing villagers to resolve their disputes peacefully through the rural land commissions have also been helpful, he said. Now, he said, "more than 80 percent of conflicts are resolved by the authorities at the village level."

[This report does not necessarily reflect the views of the United Nations.]