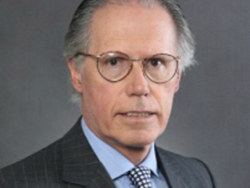 Colombian Senator Jorge Enrique Robledo of the opposition Polo Democratico party says he has proof that Urrutia designed a legal strategy through which dozens of shell companies purchased peasant lands in small enough parcels and at low enough prices to avoid the appearance of commercial transaction. Afterward, the shell companies sold their parcels through European entities to the multinationals, which in turn consolidated the lands for industrial agricultural ventures.

In the case of sugar producer Rio Paila for example, the Journal reported that farmers sold their plots to 27 different companies which were then transferred to Spanish companies that belong to another company in Luxembourg which is owned by Colombia's Riopaila.

The transactions negotiated by Urrutia´s firm appear to have violated the Law # 160 of 1994, which restricts the sale of government land reform parcels given to small farmers.

Urrutia has maintained his innocence, insisting that all of the transactions were technically legal under the provisions of the law as written.