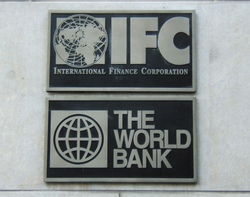 While the World Bank's leadership continues to embrace private equity funds, the IFC's financial intermediaries investments are alleged to have financed 'land grabs' in South East Asia and violations of indigenous people's rights in Honduras.

At a mid May global private equity conference hosted by the International Finance Corporation (IFC, the Bank's private sector arm), Bank president Jim Yong Kim endorsed private equity investment as a key component of his vision for tackling poverty. According to a Bank blog "Kim said if more private equity could be tapped for emerging markets, the world would have a better chance of achieving two ambitious goals" on reducing poverty and promoting shared prosperity. He seems to have made no reference to controversial cases that have stained the IFC's reputation (see Update 80, 79, 76) nor the recent audit report (see Update 84) that criticised the IFC's failure to be aware of the environmental and social risks associated with investments in the financial sector. The IFC is due to present an action plan in response to the audit's finding to the Bank's executive board in July.

Before the conference, in early May, UK NGO Global Witness published Rubber Barons which alleged that investments by the IFC in Vietnam's financial sector have facilitated land grabs and illegal logging in Cambodia and Laos. The report reinforces civil society organisations' calls for a fundamental review of the IFC's strategy for investing through financial intermediaries (see Update 85).

According to Rubber Barons, since 2010 "two of Vietnam's largest companies, Hoang Anh Gia Lai (HAGL) and the Vietnam Rubber Group, have leased vast tracts of land for plantations in Laos and Cambodia, with disastrous consequences for local communities and the environment." The land is now used as rubber plantations, but "in every community visited by Global Witness, people described how their standard of living had been damaged by HAGL's subsidiaries taking their land and forest". The report also alleged that the companies are "hiding their beneficial ownership of these rubber plantations behind complex layers of shell companies and through opaque concession management processes". This has allowed them "to disguise the fact that they have massively exceeded Cambodia's legal limit on land holdings".

The IFC is linked through its 2002 investment in private equity fund Dragon Capital Group and its later direct investment in the Dragon Capital-owned fund Vietnamese Enterprise Investments Limited (VEIL). These vehicles both invest in HAGL. Further doubt was cast on the efficacy of the IFC approach to risk management for financial intermediary investments by the Global Witness revelation that when HAGL listed its shares on the London stock exchange in 2011, it admitted "certain of our existing projects are being developed without necessary government approvals, permits or licenses and development and operation of certain projects are not in compliance with applicable laws and regulations."

Although HAGL denied illegal activity in an April written response, the company met with Global Witness in early June, and has agreed to a plan of action to review the status of its concessions in Cambodia and Laos and resolve any problems. Dragon Capital said it has been "co-operative" with Global Witness and "indicated its willingness to address any matters which need to be, so as to ensure they meet appropriate [environmental social and governance] standards going forward." The IFC said in its mid May response "we have helped and continue to help fund manager Dragon Capital put an environmental and social monitoring system in place that allows them to conduct their own due-diligence and monitoring of their funds' investments."

Megan MacInnes of Global Witness said the response "so far has been very positive - both the companies and their investors have agreed to take steps to address at least some of the problems highlighted in the report. However, Global Witness will be closely monitoring the situation on the ground, to make sure that lasting improvements are actually made to how both companies operate."

Another IFC financial intermediary investment has been hitting the spotlight, this time an IFC investment in FICOSHA, a commercial bank in Honduras, which has been linked to the financing of a hydroelectric project that is being fiercely opposed by local indigenous people. The 2009 coup in Honduras resulted in the suspension of the constitution and the passage of the first water law that allowed private parties to manage water resources. In September 2010, 41 hydro-electric dam concessions were given by the post-coup regime without transparent and legally binding consultation, including for the 22-megawatt Agua Zarca dam being developed by Desarrollos Energéticos S.A. Honduran indigenous network COPINH says FICOSHA is providing the dam's financing. The IFC is just one of many development finance institutions investing in FICOSHA, with a 2011 investment of $70 million from the IFC capitalisation fund on top of a 2007 investment. At the time of the 2011 IFC investment, the bank's president explained that the resources would strengthen FICOSHA's ability to "support ... large projects that are essential for the country's economic and social development."

According to COPINH, the Lenca people have blocked access to the region of the river Gualcarque, in the north-western Honduran province of Santa Barbara, to stop the development of the Agua Zarca dam, which they have rejected in open meetings and through a local referendum. COPINH claims that this violation of the Lenca people's right to free, prior and informed consent is being pushed by local elites, including the head of FICOSHA. An early April statement from the Lenca communities said: "We demand the dismantling of the infrastructure that has been installed without our consent and demand that this project immediately leave our ancestral territories."

Meanwhile, the Compliance Advisor/Ombudsman (CAO, the IFC accountability mechanism) was unable to facilitate a settlement in its first case concerning an IFC financial intermediary investment, related to the India Infrastructure Fund (see Update 76). Vijayan MJ of Indian NGO Programme for Social Action, and one of the case complainants, said that the company involved, the GMR Corporation, "refused to accept the community representatives" selected to participate in a facilitated dispute resolution process. The case will now move to the CAO's compliance function.