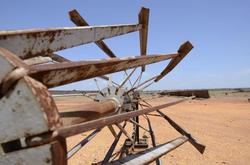 The slow progress of Karuturi Global and similar projects has prompted the Ethiopian government to reassess its policy of leasing vast tracts of land to single investors.

In 2008, Karuturi Global made international headlines when it leased 300,000 hectares (ha) of land in southern Ethiopia with the stated aim of becoming the world’s largest food producer. Five years on, the slow progress of Karuturi and similar projects has prompted the Ethiopian government to reassess its policy of leasing vast tracts of land to single investors.

“I have to be frank, they didn’t meet our expectations,” said Minister of Agriculture, Tefera Derbew in an interview, “We would like to get the land developed in a short period of time… [but] Karuturi, Saudi Star and the like, their implementation is not to our satisfaction.”

Ethiopia has nearly 73 million ha of arable land, of which 15 million ha is currently under cultivation. Large-scale commercial farming accounts for about 400,000 ha, which the government hopes to increase to 3 million ha by 2015 to jumpstart the rural economy. Rights activists have opposed the policy, characterised the process as neocolonial land-grab, and claimed that commercial agriculture has lead to mass displacement of indigenous people.

Last month, The Hindu reported on the many challenges facing the Karuturi project in Gambella, Ethiopia, including floods, rising debt, a shortage of working capital and disputes with labour and the local population. In 2010, the government renegotiated the lease, reduced the size of the farm to 100,000 ha and mandated that the company develop the land in two years. Thus far, Karuturi has cultivated only 5 per cent of the land area.

“Why they are failing has to be analysed,” said Mr. Derbew, adding that the government was assessing Karuturi’s progress and a final report was expected in July. The government will consider all options including revoking the land lease if need be.

Mr. Derbew said the federal government had now taken control of land allocation from the regional governments and was now subjecting potential investors to greater scrutiny and leasing out land in incremental plots of 5,000 to 10,000 ha rather than vast tracts offered to Karuturi. “Once they develop 5,000 ha, if they want to expand it is easier for us to readily make land available.”

After investors, including Karuturi, said that existing metrological and hydrological data were insufficient, the government has begun compiling databases of the soil, climactic conditions and crop feasibility of 200,000 ha of potentially arable land to attract new investment. However, investors will still be expected to clear the land themselves.

While the government insists it has provided investors with all necessary support to achieve their targets for land cultivation and clearance, Indian companies like Emami Biotech and slain liquor baron, Ponty Chadha’s Chadha Group have pulled out of million dollar investment projects last year citing conflicts with local government and confusion over land allocation.

CLC Industries, a subsidiary of Indian textile major CLC Enterprises is the latest company to withdraw from Ethiopia after promising to invest $100 million in a 25,000 ha cotton farm and spinning plant in 2011. In late 2012, the government terminated the company’s lease, claiming CLC had not fulfilled its contractual obligations. “The company did not meet its agreement and so the land has been reclaimed,” said Mr. Derbew, "We have already started acting on those

A spokesperson for CLC offered a different account. “It was an illegal breach of contract by the government,” said Praveen Mishra, Operations Manager for CLC’s Ethiopian subsidiary. Three months after signing the contract in Jan 2011, Mr. Mishra said, the government reclaimed 5,000 ha claiming the land was not part of the lease area.

“They took the land by force using the police,” Mr. Mishra said, which spooked the company to point where they slowed down investment considerably. Six months later, Mr. Mishra said, the government served them a termination notice. The company has since closed its office in Ethiopia. So would the government consider allotting 300,000 ha plots to investors like in 2008?