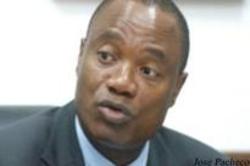 Mozambique's Agriculture Minister José Pacheco said that Japan had already provided US$38 million to fund research, extension and drawing up of the ProSavana master plan.

The Mozambican government plans to secure additional funding for the ProSavana programme, due to be carried out in the provinces of Nampula, Niassa and Zambézia, with financing and technical support from Japan and Brazil, the Minister for Agriculture said in Yokohama.

With a view to reproducing in Mozambique Brazil’s success in transforming its “cerrado” region into arable land, ProSavana is expected to have a direct effect on 4 million Mozambicans living along the area of the Nacala Corridor.

Minister José Pacheco said that Japan had already provided US$38 million to fund research, extension and drawing up of the ProSavana master plan.

“These resources will also make it possible to set up laboratories in the northern region to support agriculture, mainly for soil analysis, and to evaluate diseases in different crops and animals,” said the minister, who added that most of the funding depended on conclusion of the master plan.

Pacheco, who is in Japan as part of Mozambique’s official delegation to the 5th Tokyo International Conference on African Development (TICAD V), said that Japan was, with US$11 million, the main contributor to the investment plan for the Mozambican agricultural sector as a whole.

“With the conclusion of the ProSavana master plan we hope there will be a consignment of specific resources for development of the Nacala Corridor,” the Mozambican Agriculture Minister said.

Meanwhile, members of the National Union of Rural Workers and representatives of non-governmental organisations Wednesday in Yokohama published an open letter in which they argue that the ProSavana programme is intended to drive foreign investment in Mozambique and will put family-based agriculture at risk.

The document said that the rural workers have been sidelined in the process and that part of ProSavana is already underway without the required environmental impact studies being carried out. (macauhub)