Africa is 'the Brazil of the 1970s' in agriculture 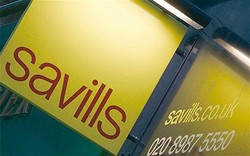 "Investors looking at very large scale tracts of land, in excess of 5,000 hectares, may attract negative government and international publicity as part of an 'anti land grabbing campaign'," Savills said.


Is sub-Saharan Africa, in agriculture, the Brazil of the 1970s?

Savills, the property consultancy, believes so – although acknowledging that acquiring land in the Dark Continent is "not for the faint-hearted".

"The African model is likely to show a similar, although accelerated, pattern to agricultural investment opportunities in Brazil," the group said.

"Forty years ago, Brazil had limited agriculture potential with poor infrastructure and a weak economy.

However, investment in infrastructure, "the availability of credit facilities and policy reform to consolidate land has turned around Brazil into a global hub of commercial agriculture".

Soybean yields in sub-Saharan Africa are coming in at only 32% of their potential, and corn yields at only 20%, Savills said.

Indeed, investors should expect internal rates of return, in terms of net cash flows, of 8-25% over five-to-10 years.

Once operating at "full strength", which could take five or six years for an undeveloped site, the average enterprise should be yielding 20-25%, in terms of earnings before interest, taxation, depreciation and amortisation (ebitda) compared with capital invested.

And capital growth can be up to 30% over the first five years, Savills said, if acknowledging that increases can be "highly variable".

The company highlighted "significant growth corridors" developing in southern and eastern Africa "that not only unlock the potential for export for investors, but also significantly strengthen local and regional markets".

These include swathes from Beira in Mozambique to Zambia, and from Dar es Salaam in Tanzania to the Congo.

However, such riches will not come easy, Savills said.

"It is often understated that to transform this land into a commercially productive asset requires a large amount of readily available capital, good external infrastructure, technical expertise, especially at farm level, and time.

"As with all investments with potentially high returns, investing in sub-Saharan Africa is not without risk."

And even if complications of poor roads, or land tenure, can be overcome, there is the potential for criticism from the many agencies, such as Oxfam, the Oakland Institute and the World Bank, concerned over the social costs of land grabbing.

It is "ideal" to invest in farms of 1,000-5,000 hectares, big enough to allow economies of scale while offering a lower risk of touching land ownership sensitivities.

"Investors looking at very large scale tracts of land, in excess of 5,000 hectares, may attract negative government and international publicity as part of an 'anti land grabbing campaign'," Savills said.

Africa continues to grow in economic significance and is widely recognised as playing an increasingly important role in the global economy. Agriculture and, more specifically, land are Africa's greatest assets. Today, Savills World Research publishes its Spotlight on African Farmland, which provides robust and transparent information about the opportunities open to investors in Sub-Saharan Africa (SSA). The research is based on first-hand experience and a practical case study.

SSA is now playing a part in the Global Economy and the farmland market offers significant growth potential and investment opportunities for those prepared to accept these come with risks.  There are significant 'growth corridors' developing in southern and eastern Africa that not only unlock the potential for export for investors but also significantly strengthen local and regional markets. These include the growth corridors from Beira in Mozambique to Zambia and Zimbabwe and the southern agriculture corridor from Dar es Salaam flowing from Tanzania to the Congo (see map).

African agriculture is dominated by smallholder farming for subsistence and local markets. The average holding is in the region of half a hectare. Most of the land is either state owned in one form or
another; or held by tribal or other local communities. The land tenure system and regulations vary for each country, but are generally based on a long leasehold interest of between 50 and 99 years, often with a renewable clause written in to allow effective ownership in perpetuity. It is anticipated that the market will become more transparent and structured/regulated as it develops and therefore common terms and transactional evidence are likely to emerge.

There are fundamentally two options available to an investor wanting to access this market and in both cases secure and title is essential:

1. Invest in (early stage) projects and develop a Greenfield asset (primary market).
2. Source and acquire one of the limited 'developed' farms (secondary market).  Although the core market is still in its primary phase there is evidence that a secondary market is starting to develop.

The secondary market is a consequence of the original pioneers of commercial agriculture who invested four or five years ago and have successfully developed their farms from Greenfield to fully operational aggregated agri-businesses. In some cases these successful investors and pioneers are now looking for a full or partial exit to realise the true value of their asset. We anticipate that some of these developed commercial farms will come to the market in the next year or two offering significant opportunities to investors.

In addition there are smaller titled farms available for sale, which are often a result of post-independence family farm development. More evidence of asset values will emerge as the market develops and there is a transaction history for these more developed assets.

Recent comparable evidence in Zambia, where several farms came to the market in 2012, endorses the illustration shown in the graph below,  which attempts to show how farmland values are often assessed due to a lack of comparable evidence by a combination of comparable profits and residual based valuation methods, which look at the income potential and infrastructure development of the farm. This should be used as a guide only as many different factors are interlinked and can give significantly different results but the principle remains the same.

Although the market is currently limited, we believe there are opportunities at this early stage to acquire a significant asset for a value that is still currently less than its true net asset value. In these cases, investors can capitalise an asset that in three to five years' time will hold significant capital value and be showing a healthy income return. As in Zambia well developed commercial scale farms will attract a premium comparable to the best western market values.
Ultimately, Africa is likely to show a similar, if not accelerated pattern to agricultural investment opportunities in Brazil 40 years ago.  Brazil had limited agriculture potential with poor infrastructure and a weak economy but investment in infrastructure, the availability of credit facilities and policy reform to consolidate land has turned Brazil into a global hub of commercial agriculture.