“I would rather have my land back”: Subaltern voices and corporate/state land grab in the Save Valley 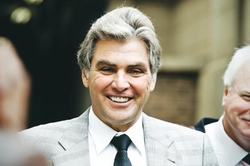 The history of the Save Valley in south‐eastern Manicaland provides an intriguing account of peasant encounters with the state apparatus dating back to the 1920s. However, the process currently underway, where an obscure 20‐year deal involving a public‐private partnership between the Agricultural and Rural Development Authority (ARDA) and Macdom and Rating Investments for 50,000 hectares of land represents what is perhaps the highest level of the state’s coercive apparatus at work; as many as 250 000 communal farmers stand to lose or have already lost their lands and livelihoods. The case shows many features demonstrated in the wider literature on ‘land grabs’ and as with many cases of other ‘grabs’, this case centres on state land which has been also used by local people. It highlights the way the politics of relationships between the state, investors and local communities are played out. This paper seeks to capture and historicise the subjective subaltern voices in light of the current corporate and state‐centric landgrabbing being experienced in the Save Valley. It captures the experiences arising out of the land deal which has curtailed the community’s access to land and other livelihood alternatives. Contests over land, and ambiguous claims over land rights, as well as arguments that the land is underutilized, are central to this case. This paper in particular delves into the historical origins of these competing claims of rights of use and ownership of land at the centre of land disputes thrown up by new land deals, and points to the importance of understanding the long‐term claim‐making process, and its contested and ambiguous nature. Neat legal documents associated with investment contracts always have to encounter this layered and disputed history, and need to take more cognisance of such histories of land use and rights claims by different actors, if the sort of disputes and conflicts that arise, as in this case, are to be avoided.