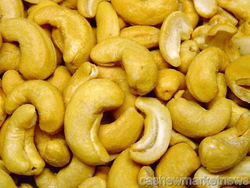 Under the latest agreement, Nampula authorities will provide Vietnamese investors with 10,000 hectares of land in Mogovolas district to grow cashew and 20,000 hectares to grow cassava in Ribaue district.

More than 30,000 hectares of land in Nampula province will be handed over to Vietnam’s agricultural investors, according to Mozambique News Agency.

The Agency reported that a delegation of the Binh Phuoc provincial People’s Committee and some local businesses visited three districts in Nampula in mid-February and they were very impressed with the agricultural potential there.

Chairman of the provincial People’s Committee Truong Tan Thieu said that ecological conditions in the districts are suitable for growing cashew and cassava. In addition, Nampula has Nacala deep water port which helps facilitate exports.

Thieu also pointed out limitations in infrastructure, such as the poor transport system, shortages of electricity and water supply and lack of skilled workers.

Nampula Governor Felismino Tocoli acknowledged these shortcomings and emphasized that the government of Mozambique has also implemented some development policies to resolve those difficulties.

Several memoranda of understanding were signed to implement cooperative agreements between Nampula and Binh Phuoc reached during Tocoli’s visit to the Vietnamese locality in January 2011.

Under the latest agreement, Nampula authorities will provide Vietnamese investors with 10,000 hectares of land in Mogovolas district to grow cashew and another 30 hectares to build a cashew nut processing plant.

The investors will also be provided with 20,000 hectares to grow cassava in Ribaue district and authorized to exploit forests and build a wood processing factory in Meconta district.

The Vietnamese side will also supply cashew seedlings and disease resistant cassava and send its experienced specialists, engineers and scientists to help develop these crops in the African nation.