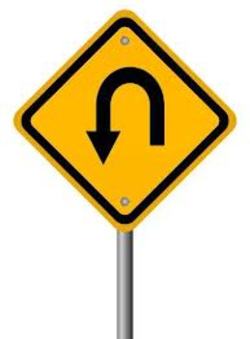 For many years, the Foreign Investment in Real Property Tax Act (FIRPTA) has been a major irritant for U.S commercial property owners and investors trying to source cross-border capital.

Critics say the law, first passed in 1980 by Congress to limit foreign control over U.S. farmland, unintentionally serves to discourage foreign investors from buying U.S. property by requiring them to pay a 10% U.S. tax on any gain realized when they dispose of the asset, along with significant bureaucratic hurdles facing both the foreign seller and the buyer, who is responsible for withholding taxes.

However -- in what could prove to be a significant boon for commercial real estate -- President Obama last week proposed a broad package of infrastructure projects that includes a measure exempting the gains of foreign pension funds from federal taxes under FIRPTA, placing these entities "on an approximately equal footing" with U.S.-based investors.

CRE groups which have sought to amend or repeal the law during virtually every session of Congress in recent years applauded the proposal -- although they still want FIRPTA repealed or at least expand the exemptions to sovereign wealth funds and other investment entities.

Jim Fetgatter, executive director of the Association of Foreign Investors (AFIRE), said the potential adoption of the infrastructure plan and tax exemption "would be fantastic," because FIRPTA is probably the single biggest barrier to foreign investment in the real estate market. But a complete repeal of FIRPTA is not likely to happen soon.

Fetgatter tells CoStar that an even more important aspect is the White House's acknowledgement that FIRPTA is an impediment to foreign investment in real estate.

"I think that's a significant admission for our government to make," said Fetgatter, whose group represents the interests of nearly 200 investing organizations from 21 countries. "Once people begin to realize it’s an impediment, maybe they begin to ask, 'why are we impeding capital coming into the country while a credit crunch is going on and we need help rebuilding our infrastructure?'"

While the plan is "a step in the right direction, we continue to press for broader FIRPTA reform -- if not complete repeal -- that would lift unnecessary investment burdens," DeBoer added.

The Roundtable urged Congress to at minimum enact bipartisan legislation about to be reintroduced by Reps. Kevin Brady (R-TX) and Joe Crowley (D-NY) and Senators Robert Menendez (D-NJ) and Mike Enzi (R-WY). The bills would raise the amount that a foreign investor can invest in a REIT before being subject to FIRPTA taxation from 5% to 10%, and exempt taxes on liquidating distributions from domestically controlled REITs by reversing a 2007 IRS ruling that made the FIRPTA tax even more onerous.

Marcelo Bermúdez, president of Figueroa Capital Group, a capital markets subsidiary of Charles Dunn Co. Inc., said he regularly works with many high-net-worth, sovereign wealth funds and institutional investors in the Los Angeles market who are discouraged from playing in the U.S. because of the high tax burden.

“I’m very confident that if the tax code made it a little bit easier to invest, we’d see a lot more foreign capital flows than we’re seeing,” Bermúdez said.

In one transaction involving the sale of a high-rise office building in downtown L.A., nine of the 11 offers were connected with foreign buyers, including bids from Canada, China and Singapore, Bermúdez said.

Clearly, pension fund investors from Canada, Europe and Asia -- already very active and competitive in the U.S. for institutional-grade properties -- would benefit from the tax exemption proposed by the White House.

Repealing FIRPTA or extending the exemptions to wealthy investors, SWFs and private buyers, however, could have an even more dramatic effect by also speeding up capital flows for smaller, non-investment-grade deals in the $5 million to $25 million range -- activity that constitutes the bulk of CRE transactions across the country.

“I've seen it first-hand,” Bermudez said. “We work with a lot of newer, high-net-worth individuals from China who have made their money in manufacturing or in traditional investments. They’re cognizant that there’s probably a real estate bubble coming in their country, and they’re coming to the U.S. to plant their stake here, to buy some security and educate their children."

Foreign pension funds may be able to invest tax-free in US infrastructure and real estate, if the White House garners support.

(April 2, 2013) - US President Barack Obama has a solution to rebuild America's deteriorating infrastructure without tacking the (entire) bill onto the deficit: foreign pension assets.

The White House has rolled out details of the three-pronged "Rebuild America Partnership" for encouraging private investment in US infrastructure, which was first announced in February during Obama's state of the union address.

The plan includes reforming the Foreign Investment in Real Property Tax Act (FIRPTA) to allow foreign pension funds roughly the same exemptions as most domestic plans receive. "Infrastructure assets can be attractive investments for long-term investors such as pension funds that value the long-term, predictable, and stable nature of the cash flows associated with infrastructure," the White House release said. "Under current law, gains of foreign investors from the disposition of U.S. real property interests are generally subject to US tax under FIRPTA."

According to the proposal document, foreign investors including major pension funds regularly cite FIRPTA as an impediment to investing in US infrastructure and real estate assets. Obama has called on Congress to change that.

"[I'm] proposing a Partnership to Rebuild America that attracts private capital to upgrade what our businesses need most: modern ports to move our goods; modern pipelines to withstand a storm; modern schools worthy of our children," Obama said in his state of the union speech. "Let's prove that there is no better place to do business than the United States of America. And let's start right away."

No bills have been announced in connection with the plan as of yet.