Tax haven expose: Some bizmen say identity mistaken, others nothing 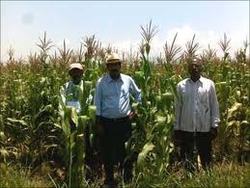 Tax haven expose: Some bizmen say identity mistaken, others nothing

In response to the Indian Express-ICIJ expose on setting up of firms in tax havens, some of the Indian business men who figured in the investigative report have claimed an amnesia of sorts by saying they don’t remember setting up any such companies. Some others, meanwhile, have said what ever they have done is above board and yet others said nothing, according to another report in the newspaper.

According to the report Sonu Lalchand Mirchandani, Teja Raju, Ramakrishna Karuturi and Vivekanand Gaddam said they did not remember setting up any such companies.

Sonu Lalchand Mirchandani, the founder of Onida, had along with his wife Soni, started Strong Wing Overseas Ltd in 2006 in the British Virgin Islands (BVI), with an authorised capital of $50,000, the IE report said.

“Maybe someone else has opened the company in my name,” he has been quoted as saying in the report.

Mallya has said that being an NRI he has disclosed all his tax investments to Parliament. AFP
Teja Raju, who was behind the failed merger of subsidiary Maytas Infra with parent Satyam Computer that brought to light on of the biggest corporate frauds in India, has claimed that it is “a case of mistaken identity”. The Rajus have set up two companies with an authorised capital of $50,000 each in the BVI.

Similar was the response from Gurbachan Singh Dhingra, vice-chairman of Berger Paints, who is also the beneficial owner of Crossley Hill Corporation set up in 2008 in the BVI with an authorised capital of $50,000. “You must have got wrong documentation,” he said.

Ramakrishna Karuturi, chairman of Karuturi Global Ltd, has six companies in the BVI with an aggregate authorised capital of $2.2 million, the report said.

Bangalore-based Karuturi is the chairman of Karuturi Global Ltd, the largest producer of cut-roses in the world. He has diversified into farming and has leased 300,000 hectares of land in Ethiopia to produce cereals and edible oil.

Reached in Ethiopia, Karuturi said he did not recall the companies and did not respond to subsequent calls.

Ravikant Ruia, Vijay Mallya, Maitreya Vinod Doshi, chairman of Premier Ltd, said their actions have been above board.

According to a statement from Mallya quoted in the report, being an NRI he has businesses in various countries. “All disclosures in regard to Dr Mallya’s wealth have been duly made to Parliament,” the statement said.

“These companies were started as SPVs to make investments and are in the knowledge of the authorities concerned,” Ruia’s Essar has been quoted as saying.

Another set of business men said these firms were set up and then left dormant as there was no trade happening. Samir Modi of Modi Enterprises and Chetan Burman of Dabur group are among them.

However, according to the newspaper, many did not even respond to the emails sent. Among them are Gaekwad Radhikaraje Samarjitsinh, Rahul Mammen Mappillai, Rashmi Kirtilal Mehta & Bhavin Rashmi Mehta, Yashovardhan Lohia, Meenakshi Jatia, Saurabh Mittal and Neesha Sunit Khatau, Panna Sunit Khatau & Reena Sunit Khatau.

Saurabh Mittal is vice-chairman of Indiabulls and owns one company in the BVI.

Rahul Mammen Mappillai, director of tyre maker MRF, is a shareholder in a BVI-registered company.

Lohia is the CEO of Chamong Tee Exports, the biggest tea exports firm in India and have two companies in the BVI, the report said.

Perhaps the most candid response is that of Lankalingam Murugesu & Reeta Lankalingam, who own the Lanson Group, an exporter of papads. Murugesu confirmed he had set up a company for better tax planning. “…But with full tax now required to be paid by export units like ours, no trading through it really materialised. We just thought it is better to pay full taxes,” he has been quoted as saying.