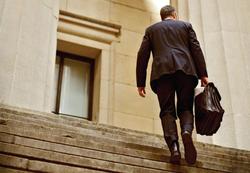 It is now clear that in order to feed over 9 billion people by the year 2050, much more research and technological development, investment in agricultural production and international trade will be necessary. In many countries a key source of investment will have to come in the form of Foreign Direct Investment (FDI): that is, where foreign operators, often investment funds, invest in assets for the purposes of production. One of the most infamous ways this can occur is when a foreign investor acquires large tracts of land for the purposes of cultivation, ignoring traditional land tenure rights with written or tacit consent and support of the host government—this is the so-called ‘land grab’ phenomenon. While FDI issues are not limited solely to ‘land grabs,’ the difficulties in the agriculture context have been well publicised by NGOs and in the media: displacement of domestic producers and indigenous populations to make way for the investor, over-use of water resources (‘water grab’) and export of agricultural production from food deficit areas are some of the problems, especially in states with weak domestic governance structures. The host state’s food security in this scenario can be undermined rather than strengthened by the investment even where it brings substantial increases in productivity. This is problematic as the host state has a duty to uphold its citizens’ rights in international and regional human rights law; specifically, their right to food and the right of indigenous peoples to use their land and exploit natural resources on that land for the purposes of feeding themselves.

However, these negative aspects should not overshadow the fact that FDI can have very positive benefits, especially for food deficit countries. Carefully managed foreign investment could enable up to 6 million hectares of additional land to be cultivated by 2030. The investor, even where the production is fully exported, can provide foreign exchange and tax revenues which the state can use to buy food on the global market, or re-invest in increasing food crop production. Local producers may also enter into partnership agreements or production contracts with an investor, for instance for crops like sugar cane and oilseeds.

Agro-FDI is a two-edge sword therefore: only when managed properly will it bring food security benefits. However, the current global governance structure for agro-FDI unevenly distributes rights and obligations between the host state, the investor and the investor’s home state in such a way that there is very little legally enforceable obligation (at the regional and international level) on the investor to conduct its investment in ways that do not undermine the host state’s food security; and there are also limited legally enforceable, or ‘hard law,’ obligations on the part of the investor’s home state to reinforce ‘ethical’ behaviour of investors abroad.

Many investor-state contracts also contain so-called stabilisation clauses that bind the host state to the domestic law as it stands at the time of the investment. Unless the right to food and land tenure rights are fully enshrined in national law before the investment is made, this can become very problematic for a host state anxious to protect local food security rights and to fulfil its international right to food obligations. Displaced local producers cannot bring claims under a BIT, and an arbitration tribunal is not under an obligation to consider other areas of law, like the International Covenant on Economic and Social Rights of the United Nations.

Even if the host state managed to impose legally enforceable obligations on the investor on the basis of a pre-investment impact assessment, so the investment is conducted in accordance with domestic food security needs, weak host states often lack the institutional capacity to monitor the investor’s behaviour and the capacity to ensure that their food security is not undermined by the investment. Inadequate control of agro-FDI can actually result in the host state violating its international legal obligations to its citizens in relation to the right to food.

In contrast, at the international level the investor’s behaviour and its monitoring by the investor’s home state are only governed by voluntary codes of conduct, some of which aim to limit the adverse effect of the FDI on the host state’s food security. For example, for the investor, the Voluntary Guidelines on the Responsible Governance of Tenure of Land, Fisheries and Forests in the Context of National Food Security require non-state actors, like large-scale investors, to “respect human rights and legitimate tenure rights.” This is fulfilled if the investor conducts appropriate management assessments during the course of the investment to continuously check its activities are not infringing these rights and if the investor puts in place grievance procedures so any local land tenure right holders can make a complaint. The OECD Guidelines for Multinational Enterprises1976 (5th revised edition, 2011) also place positive obligations on agro-investors who are multinational corporations (MNCs) to respect the human rights of any local producers and indigenous peoples affected by their activities. Agro-investor MNCs should “encourage local capacity building” by working closely with the local community; maximise local employment opportunities; not push for ‘loopholes in the BIT’ to protect themselves from domestic human rights legislation and introduce their own monitoring systems to check they are adhering to the guidelines. MNCs should have their own policies on human rights that include how they plan to address human rights violations and how they carry out their activities in ways that do not infringe human rights. MNCs must also carry out “human rights due diligence” along the entire supply chain.

Under the OECD Guidelines on Multinational Corporations, the investor’s own home state is required to set up National Contact Points (NCPs) to receive queries relating to the activities of their MNCs’ FDI. This obligation includes advertising the existence of the Guidelines and promoting their objectives. More importantly, it requires that NCPs resolve issues arising from the activities of the MNC and share information concerning MNC activities located in other countries. The success of NCPs has been patchy however, one possible reason being their usual affiliation to ministries of economy without human rights knowledge, let alone any inter-agency or NGO participation. It seems that adherence to the recommendations of the NCP is more likely to occur if it is in the interests of the MNC to comply. This may well be the case, for instance, where an investor sees that its royalties or land lease payments never reach the villages around the farm from where it hires workers or buys water rights. The fact that the NCPs can apparently do little if MNCs decide not to comply reduces the Guidelines’ potency as an effective constraint on FDI’s adverse impact on food security. There is some indication that investors may be subject to some moral pressure in the home state to operate ethically abroad. So far, however, the UK, for example, has confined its extra-territorial reach to anti-bribery legislation and a series of soft law codes of conduct.

In essence, foreign investors in the agricultural sector are under regulated in the current framework of international investment law, voluntary guidelines and fragmented national investment legislation, and over protected in regional and bilateral investment treaties and domestic regulation. Some informal and soft law instruments do exist, but their effectiveness in policing the investor’s impact on food security in the host state is limited. Seen from a home state’s international food security obligations this is particularly problematic where that state not only provides legal protection to its investor but also promotes FDI with a number of additional measures. This bifurcation often happens through official development assistance offered in parallel to an investment project (i.e., infrastructure, schools, and hospitals), concessional finance, and investment insurance schemes, including through the Multilateral Investment Guarantee Agency and the International Centre for Settlement of Investment Disputes of the World Bank.

What should and can be done? We think three areas call for the attention of policy makers and operators, and all involve, to varying degrees, multilateral agencies and international financial institutions. First, host state regulatory capacity must be strengthened, given the majority of farmland investments are taking place in countries with weak land governance. Second, adherence to international guidelines for agro-FDI requires more than reporting by investors, especially in weak states where there is a need for independent monitoring, particularly by NGOs and the media. Third, home states should not remain inactive where their international obligations and reputations are concerned. As a minimum, their support for any agro-FDI project must be subject to both ex ante and ex post impact assessments, and to some sort of monitoring. On a general level, they should review their FDI regulation and policies, their BITs, and their trade agreements, with a view to safeguarding the public interest concerning global food security.