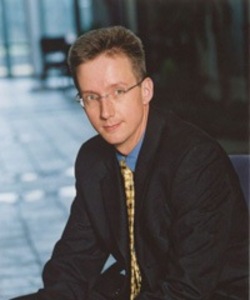 Anthony Thunstrom
How we made it in Africa | 18 February 2013

Last year KPMG announced that it will invest US$100 million in Africa to build up their capacity to serve global and regional clients that were investing in the continent’s growth markets.

KPMG’s chief operating officer for GAP, Anthony Thunstrom, told How we made it in Africa that when KPMG South Africa’s CEO Moses Kgosana pitched the business case for GAP to their global board, it wasn’t hard to sell. This was mainly because the firm had received an increased number of calls from their big clients to discuss an Africa strategy.

“To be honest it wasn’t necessarily crystal ball thinking,” said Thunstrom. “I think the impetus came from the clients talking to us. When you sat back and kind of analysed what the trends were, it was really what we call the ‘three Africa mega-trends’.”

The first mega-trend identified by KPMG’s GAP is the growing resources industry. For Thunstrom this doesn’t only include oil, gas and minerals, but also agricultural investment, which he said is currently gaining momentum across the continent.

“From a global food security and a biofuels perspective, from a local foods security perspective, to the point that we are now starting to see a lot of activity both from a government to government level, and equally even at a private equity level with people buying up significant agriculture interest in Africa really because that is the remaining arable land on the planet,” explained Thunstrom.

The second mega-trend catching the eye of KPMG’s clients is Africa’s demographics and expanding population. With roughly a billion people on the continent, Africa’s population is close to China’s and India’s. What is more appealing to companies targeting consumers is that this population is young and urbanising fast.

“If you play this forward in the next five to 10 years from a consumer demand point of view, it actually starts to put up in a level that rivals, if not surpasses, anywhere in the world,” continued Thunstrom. “You are looking at at least half a billion new consumers that aren’t really spending any money today, [but will be] in a fairly comfortable consumer position in the next five, six, seven years. And that really feeds into so many different sectors. It is going to drive financial services from a bank’s perspective, it talks to mobile phones, it talks to food, FMCG, motor vehicles, and then ultimately on to the third mega-trend, which is really around infrastructure.”

According to Thunstrom, infrastructure investment is the third mega-trend for two reasons. Firstly, Africa suffers historically from an infrastructure deficiency from post-colonial days and a number of civil wars.

“Then, secondly, with the degree of urbanisation that we’re seeing at the moment together with the [pace] that people are developing new mines, new oil fields, new gas finds, the reality is that there is a whole lot of new infrastructure that wasn’t needed two years ago, that is going to be needed over the next 10 years. And already we are just seeing Africa globally as having the biggest potential for infrastructure spend anywhere in the world from the next 10 to 20 years. So that is really the basis of how we have seen the opportunity in Africa,” added Thunstrom.