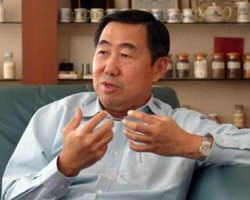 The business paper listed a few land deals that KLK had made last year, with another big one expected in Dandaragan, a town north of Perth, the capital city of the Western Australia state.

Simon Wilding, a real-estate broker, told WSJ that he is looking at inking a deal with KLK Farms Pty Ltd, an Australian subsidiary, over the Dandaragan land in the coming weeks.

“They’re looking at a lot more country in the area,” Wilding, the director of broker firm VNW Independent, told WSJ.

The WSJ also reported that KLK had last August acquired 3,600 hectares of farmland near York, a town east of Perth, citing Geoff Collins, the managing director of Farming Management Services, which manages land for KLK Farms.

KLK’s accounts up until September 30, 2012 showed that it paid RM83.1 million for 13,970 hectares of farmland near Northampton, a town in Western Australia, WSJ said.

Lim Poh Poh, KLK’s head of corporate communications, said the firm intended to “derive economies of scale” with its purchase of Australian farmland, but did not give the total land size that it owns in Australia.

She told WSJ that only 0.3 per cent of the listed company’s profits for the last financial year came from the company’s farms in Australia.

WSJ points out that KLK’s core palm oil business activity is facing pressure from lower palm oil prices and rising wages for labourers in Indonesia, with the firm’s net profit for last year dropping by 23 per cent to RM1.21 billion.

Indonesia, where many Malaysian palm oil firms had ventured into to plant oil palm trees, had last December pushed for an increase of up to 50 per cent in wages for plantation workers.

The share price for the KLK counter stood at RM21.28 at the close of trading yesterday.

SYDNEY—One of Malaysia's largest palm-oil plantation firms is quietly buying up farmland in Western Australia at a time when low prices and rising wages in Indonesia are squeezing profits for makers of the commodity, which is used to make margarine and cookies.

Kuala Lumpur Kepong Bhd 2445.KU -0.38% . wants to invest in a large area of land in Dandaragan, about 100 miles north of Perth, said Simon Wilding, director of real-estate broker VNW Independent. Mr. Wilding said that he expects to complete a deal with the Malaysian company's Australian subsidiary, KLK Farms Pty Ltd. in the next couple of weeks, adding to several big land deals by the company in Australia's biggest grain producing state in the past year.

In total, Kuala Lumpur Kepong Bhd. has built up a land bank of around 26,000 hectares in Australia—enough to cover an area at least three times the size of Manhattan—according to company documents and investment agents.

"They're looking at a lot more country in the area," said Mr. Wilding in a phone interview.

The expansion in Australia comes as profits from Kuala Lumpur Kepong's main palm oil business are under threat. Indonesia's government in December put forward plans to raise wages for workers in oil-palm plantations by up to 50% this year, in a move that could add further pressure to the company's already strained profit margins. Weaker palm oil prices and higher wages pushed the Kuala Lumpur Kepong's net profit down 23% to 1.21 billion ringgits (US$390 million) in 2012.

Lim Poh Poh, Kuala Lumpur Kepong's head of corporate communications, said the company's expansion was to "derive economies of scale" from its Australian assets, but declined to provide specifics on its total land holdings. Ms. Lim said its Australian farms contributed just 0.3% of profits last financial year. Kuala Lumpur Kepong, or KLK, was founded at the turn of the last century and runs a vast estate covering 250,000 hectares across Indonesia and Malaysia.

The Malaysian company's expansion in Australia comes amid intense debate over the regulation of foreign investment in land. The issue came to a head last year when Treasurer Wayne Swan approved the sale of giant cotton farm Cubbie station to a Chinese-led consortium in September, provoking a political backlash to the deal. Opponents fear international companies will exploit Australia's natural resources without regard for its ecology, while advocates argue that foreign capital will be vital to meet the more-than 1 trillion Australian dollars (US$1.03 trillion) of investment Australia needs to become Asia's food bowl.

Tony Abbott, leader of Australia's coalition party in opposition, has proposed stricter oversight of foreign investment in the agricultural sector. He wants to lower the threshold for scrutinizing foreign land purchases to A$15 million and investment in farm-related companies to A$53 million, from the existing A$244 million threshold.

The latest land deals follow a steady expansion in Australia over the past year for Kuala Lumpur Kepong. The company bought 3,600 hectares near York, 60 miles east of Perth, in August, said Geoff Collins, managing director of Farming Management Services, who oversees properties for KLK Farms. The company's accounts in the year through September 30 show it also bought 13,970 hectares of farmland for crops and sheep around Northampton for MYR83.1 million in 2012.

"If it weren't for the foreign investment at the moment then land prices would significantly decrease and farmers that currently own property would lose equity," said Mr. Collins in an interview.