Be wary of exotic investments in your self invested personal pension 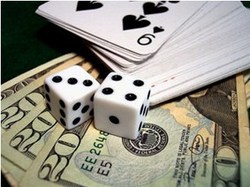 Overseas farmland: legitimate investment for a Sipp or a gamble with your pension?
Mindful Money | 14 February 2013

Be wary of exotic investments in your self invested personal pension

Despite the Retail Distribution Review, the way may be open for unregulated intermediaries to earn up to 20 per cent commission selling high risk unregulated products to self invested personal pension (Sipp) investors – exactly the opposite of the intention of the biggest shake-up in investment product advice for over two decades, introduced last month.

The law of unintended consequences may have created a two tier market in investment product sales with commission banned on regulated products but allowed in a variety of unregulated, and often high risk, financial vehicles – generally referred to as “alternative investments” ranging from overseas property to precious metals.

Sellers of alternatives have been most active in promoting their use for Sipps where buyers have been able to choose from an infinity of asset types ever since rules controlling what could or could not be included were shredded in 2006. However, one major Sipp provider has called for a return to a list of permitted investments to protect future retirement incomes.

The Financial Services Authority has little power over alternatives. But now the watchdog plans a roundabout way to control some of the wilder assets. It intends to increase the amount of capital Sipp providers have to keep against their own business suffering a rainy day by some ten times.

And that, according to a new report from Intelligent Partnership, a Richmond, Surrey-based firm which specialises in alternatives, could lead to one or more Sipp providers hurtling towards insolvency. There are around 100 Sipp providers, all FSA regulated, although most are small or only involved with niche investments.

“Alternatives is an elastic description of a large number of asset classes outside bonds and equities,” says Peter Robinson, a director at Intelligent Partnership, which is not regulated by the FSA as it only deals with investments outside the watchdog's legal remit. “It can include hedge funds, gold bullion, land, agricultural assets, classic cars, and wine.”

Describing itself as a consultant and “master distributor” of products designed “to bring working capital to a variety of projects” – including upgrading farmland overseas and forestry –Intelligent Partnership published a 76 page report on the alternatives sector this week.

It says 70 per cent of new money going into alternatives goes via Sipp structures, driven by historically low returns on equities and bonds plus the need to take higher risks to build up a fund ahead of buying an annuity. The claimed attraction of alternatives is the possibility of better returns allied to assets which are not correlated with bonds and equities. As many alternative structures are private and/or one-off ventures, performance figures are hard to come by.

Robinson concedes that some alternatives sold direct to the public via spam or cold-calling from boiler rooms or telesales operations are ultra high risk and give the sector an unfortunate image.

His products, which he says are “robust” and the result of “due dilligence” are sold through intermediaries. Some are regulated and can't take commission due to RDR, charging clients for their time instead. These have to review products, clients needs and individual risk profiles before recommending an investment.

But many selling alternatives are no longer regulated following RDR. Some are former IFAs who did not wish to take the necessary RDR exams on investment topics. They are not allowed to advise clients on an individual basis but they are allowed to give “information” on a product. Some in this category have retained client banks.

Clients are informed on an execution only basis – potential purchasers have to weigh up the value of the information and its relevance to their own situation. They then buy through the intermediary who receives a commission after processing the order. This can be as high as 20 per cent but Intelligent Partnership says its normal range is 5 to 10 per cent. The unintended consequence is that intermediaries who have failed to retain their FSA permissions following RDR can now “inform” clients of niche, complex and often riskier products which pay higher commissions than they were previously earning from mainstream investments such as OEICs.

Robinson says: “The boundary between information and advice has always been unclear but it puts the responsibility onto the client and there is no safety net, compensation scheme or complaints procedure other than under the general law of agency which applies as sellers
take commission. The FSA intends clarifying this point but it would take a new act of parliament to change the range of assets which it regulates."


The FSA response is to police Sipp providers with the very small ones likely to be hit with a big increase in the regulatory capital they must hold on their balance sheets. Currently, a niche provider may only need £5,000 to £10,000 in capital adequacy – enough to keep the
firm going for three months and find a buyer if all its earnings dry up. Under new complex proposals, that capital adequacy figure could multiply at least ten fold for small players.

But some Sipp providers rely mainly on alternatives for income. The fear is that because many alternatives are both risky and illiquid – it can be impossible to sell an overseas farmland project quickly, for instance – the income they earn could dry up, forcing closure at worst and consolidation at best. Others will be forced to reassess charging structures or services to raise more capital.

“Many won't be able to find the money and they won't find a bank to lend them the cash either,” Robinson warns.

Some mainstream Sipp providers are calling for a return to the pre-2006 regime where only investments which appeared on an Inland Revenue list were eligible for Sipp inclusion, ruling out most alternatives and exotic investments.

Billy Mackay at top five provider A.J.Bell – it runs SippDeal and SippCentre – wants an end to the investment free for all.

“We allow mainstream equities and bonds as well as some 3,000 different funds. If we receive an investment request which is outside that, we have a fixed process which firstly approaches either the IFA or the manufacturer for more information. Essentially, we want to understand the pricing so is it easy to value on a regular and ongoing basis; we need to know how marketable the investment is – can it be easily sold if needed; and we have to understand any taxation consequences of the investment decision, especially with exotic property. We would not touch overseas commercial property, for example. Many of these are marketed with high headline growth figures but do buyers understand the risks?”

He adds: “We don't really get that many requests for alternatives such as wine or property as those selling them direct Sipp buyers to specialist providers who will usually charge more than we do.”

Mackay believes that the Treasury “threw the baby out with the bathwater when it simplified pensions in 2006. “It was good to get rid of the complications of how much you could invest in a plan. But abolishing the list of approved investments was a step much too far.
There was no call from the market for this. I would like a return to to the permitted investment list.”

Robinson agrees – up to a point. “We could have a return to an approved investment list. It all depends what is in it, if all interests are aligned.”