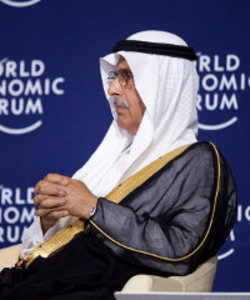 There are a lot of investment opportunities in the agriculture sector, the minister said. He urged Saudi businessmen to contact with the Agricultural Development Fund and Saudi Agricultural & Livestock Investment Co. He said the Saudi Arabian General Investment Authority and Finance Ministry would sign agreements with foreign countries to ensure investment security of Saudis. "We'll provide necessary information to Saudi investors about investment prospects in various countries. On the basis of these information, they can take a decision," he said.

Balghunaim disclosed plans to introduce an insurance scheme for farmers within two years. He said the Kingdom exports shrimp to 30 countries. "We have more than 2,500 km of clean coastal area on the Red Sea which could be used for fish farming," he added.