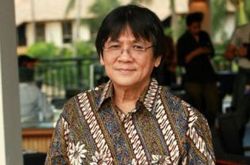 Indofood Sukses Makmur, the world’s largest maker of instant noodles and a Salim Group unit, said in a filing on Monday that it was planning to acquire a 50 percent stake in a plantation company in Brazil through its subsidiary Indofood Agri Resources, as the company expands its sugar plantation business.

In a filing to the Singapore Stock Exchange (SGX) on Monday, Indofood Agri Resources (IndoAgri), Indofood’s plantation unit and cooking oil producer, said it agreed to buy a 50 percent stake in Companhia Mineira de Acucar e Alcool Participacoes (CMAA), a producer of sugar and ethanol in Brazil, for $71.7 million. IndoAgri said the acquisition will be financed by internal sources.

Mark Wakeford, IndoAgri’s chief executive, said in an e-mail to the Jakarta Globe that the proposed acquisition was expected to close in the second quarter this year and would be a 50-50 joint-venture company. IndoAgri had formed a wholly-owned subsidiary in Brazil called IndoAgri Brazil Participacoes, to enter into the joint venture with JF Citrus Agropecuaria, which currently controls CMAA.

“The company we are investing in produces sugar for export from Brazil, and also ethanol and electricity for the Brazilian domestic market,” Wakeford said.

In Indonesia, IndoAgri has two sugar mills and refineries located in Java and Sumatra. Last year, it completed the expansion of its sugar mill and refinery in Central Java, increasing capacity from 3,000 tons of sugar cane crushed per day (TCD) to 4,000 TCD. The expansion increased the annual capacity to 720,000 metric tons.

Meanwhile, CMAA has three major plants located near the cities of Uberaba, Uberlandia, Verissimo and Prata, according to its website. These plants process a combined one million tons of cane per year, producing ethanol, sugar and electricity, with sufficient capacity to supply electricity to approximately 720,000 people.

IndoAgri said in the statement that Brazil is a leader in the global sugar and ethanol industry due to its unique advantages, such as productivity, favorable climate and abundant land for future expansion.

This acquisition will enable Indofood Group to expand its geographical presence in the sugar and ethanol industry in Brazil, as well as strengthen the group’s diversified plantation business model, it continued.

In a recent report, Boston Consulting Group named Indofood Group as one of the few Southeast Asian companies growing quickly overseas, outpacing multinational companies from the United States and Europe. The report said the growth rate of private consumption in Southeast Asia is expected to increase by 19 percent in the next five years, compared with the period of 2006 to 2011. Indofood is expected to seize the growing demand for food with its instant noodles and cooking oil, among other products.