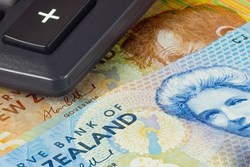 New Zealand's state pension fund is looking at buying overseas farmland amid growing demand for food in emerging markets, and it is also interested in assets offered by struggling European banks as well as catastrophe insurance.

"If we go and buy a farm, we will sell a little bit of global equities and fixed income," Whineray said, adding that the fund was looking to increase its allocation for rural farmland to 3 percent from less than 1 percent at the moment.

The fund generated an actual return of 19.2 percent in 2012, outperforming its long-term goal of at least 2.5 percent on average above the rate of risk-free New Zealand Treasury bills, which was 4.9 percent.

The advent of a rising middle class in many emerging economies such as China and Indonesia has prompted other pension funds around the world, including those Australia, Canada and Sweden, to increase investments in farms.

But the difficulties of directly buying land overseas and the lack of large size farmland available has proved a challenge for big institutional investors.

"Farms and forests are more difficult to buy than equities, so it provides a real challenge," Whineray said.

But he added: "You haven't got a big weight of institutional money in those things at the moment. That's part of the reason that the opportunity exists."

The fund is also looking to buy assets which European banks may sell to improve their capital adequacy ratios, while it was also eyeing catastrophe bonds issued by firms offering insurance against natural disasters in the United States, Japan and Europe.

Whineray said he could increase the allocations for both of those asset classes, currently minimal, to around 2 percent each, shifting funds from international equities and fixed income.

The fund is heavily tilted in favour of equities, which have continued to offer better value than fixed income investments given stubbornly low bond yields.

Whineray said the fund's equity holdings could remain around current levels, while facing a risk of a decrease if bonds prices fall.

Persistent strength in the New Zealand dollar, which hit a 4 1/2-year high versus a currency basket this month, has prompted the fund to move "materially away" from its 100 percent FX hedging policy, and Whineray said more hedging could be removed if the kiwi continues to climb higher.

The fund was set up in 2003 to partly fund the cost of future pension payments, and is expected to start paying out in 2031.

By region, roughly one-third of its portfolio is invested in North America, 23 percent in New Zealand, 20 percent in Europe and 7 percent in Australia. The balance is placed in Asia, South America and Africa.