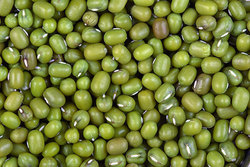 Primus Agri Products is investing US$3 million to commercially produce mung beans and sesame seeds on 170 ha in Mozambique’s Nampula province for export to Asia.

In this agricultural season 150 hectares have been prepared and sown with the two crops, company director Praveena Kumar told the newspaper, adding that the harvest will mainly go to Asian markets with high demand for those products.

“In the first phase we only planted mung beans and sesame. The harvest will be sent to India and also to other Asian countries. If everything goes well the next phase will include the planting of cowpeas and maize,” Kumar said.

The newspaper indicated that the Indian company wanted to exploit an area of 300 hectares, but the Nampula province government decided to only allow occupation of 170 hectares of land that once belonged to the disbanded Empresa de Algodão de Nampula. (macauhub)