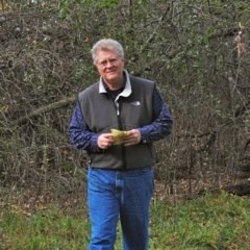 “What I see is a crush of capital that wants to get in and hardly anything scalable to do it in a thoughtful way,” says David E Miller, CEO of Iroquois Valley Farms
Institutional Investor Magazine | December 24, 2012

Retirement fund and financial services firm TIAA-CREF is helping to meet the growing institutional demand for sustainably managed farmland, which can deliver stable returns above inflation.

TIAA-CREF KNEW WHY IT WANTED TO BUY THE farm. The $487 billion, New York–based retirement fund and financial services firm had taken a serious look at global farmland investment in the middle of the 2000s. It saw stable returns above inflation, uncorrelated with the rest of its portfolio — and the opportunity to own a hard asset whose value is driven by surging worldwide demand for food.

But first, it had some spadework to do. Now one of a handful of firms catering to the growing institutional interest in responsible farmland investing, TIAA-CREF started out by purchasing some U.S. farms in 2007. However, its directors only felt comfortable going farther afield, to places like Australia and Brazil, if they were to build their own teams and platforms to oversee those investments. “Unlike other asset classes, where you already have a lot of institutional penetration — which means a lot of transparency, information and qualified managers — farmland is more of an evolving asset class,” says Jose Minaya, TIAA-CREF’s head of global natural resources and infrastructure investments. “We decided to take a leadership position and build some of that infrastructure ourselves.”

That included hiring local teams to oversee farms and taking a controlling stake in Champaign, Illinois–based agricultural asset manager Westchester Group in 2010. TIAA-CREF realized that the structure it was developing was scalable and that it could bring like-minded investors on board, Minaya says. In early 2011 the firm became a farmland investment manager by launching $2 billion TIAA-CREF Global Agriculture. (Minaya won’t reveal how much the firm has in the company or how many other investors have signed on.) Later that year TIAA-CREF and several other big pension funds released the Principles for Responsible Investment in Farmland, which include promoting environmental sustainability, respecting labor and human rights, and upholding high business and ethical standards.

TIAA-CREF created an opening for Second Swedish National Pension Fund/AP2, which wanted to responsibly invest in farmland but worried about standards for evaluating managers. “For forest investments, for example, there’s existing certification according to sustainability criteria,” says Christina Olivecrona, Gothenburg-based sustainability analyst at the $32 billion fund. “But for farmland no such certification existed.” AP2 committed an early $500 million to TIAA-CREF Global Agriculture and was a main Principles co-author. So far it has invested about $80 million of that capital.

Farmland funds may be a work in progress, but returns are consistent. Historically, farmland investments have yielded 8 to 12 percent annually, Minaya says. TIAA-CREF aims for this target.

Winnetka, Illinois–based Iroquois Valley Farms — one of the first private equity shops to connect investors with local and organic farmland — plans to launch a new, institutional-investor-focused farmland fund by the end of 2012. Iroquois Valley only manages about $8 million, but founder and CEO David Miller predicts that figure will spike. “What I see is a crush of capital that wants to get in and hardly anything scalable to do it in a thoughtful way,” he says. Miller adds that the swelling U.S. appetite for local and organic food, coupled with rising land prices, is fueling interest in ecologically sustainable farmland. “The long-term play here, which would certainly drive institutional thinking, is that the asset naturally is getting more productive every year,” he says. Sustainable farming rotates crops to improve soil quality, avoids harmful chemicals and minimizes topsoil erosion.

TIAA-CREF doesn’t require that its farms be organic, but it has environmental engineers inspect each of them at least once a year. The firm also works to solve deed disputes and has deployed satellites to monitor farmers’ pesticide use and harvesting schedules. “It’s the right thing to do, but at the same time, it adds value to our asset,” Minaya says. “That part of the mix is very critical when it comes to our investment returns.”