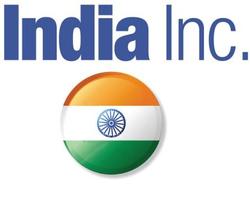 Indian government and industries are not only subverting the rights of poor people to acquire common land at home, its multinationals seem to be involved in grabbing land abroad, too. According to the data presented by international non-profit Rights and Resource Initiative (RRI), Indian Government and Indian companies have acquired 63,000 sq km land, an area almost twice the size of Kerala, in Africa, South America and Southeast Asia.

The latest data from International Land Coalition Land Matrix shows that India has two deals in Indonesia totalling about 79,847 hectares (ha), one deal in Cambodia totalling 7,635 ha, two deals in Lao PDR totalling 52,207 ha, 15 deals in Ethiopia, three deals in Madagascar and one deal each in Sudan, Cameroon and Mozambique, according to RRI. Most of these host countries' score on the hunger index is either “alarming” or “serious”, and the Indian companies are alleged to have acquired their prime agricultural land to grow crops, mostly for export.

In the past few years, emerging economies have increasingly been investing in poorer countries to mitigate risk in the uncertain economic environment. Developing countries, on the other hand, are courting investors in the hope of getting jobs and revenue. However, since the land right tenures in most of the host countries are not secure, the poor communities dependent on common lands are vulnerable to exploitation.

So far, countries like China, South Korea and Saudi Arabia have been criticised for land grab in developing countries. India seems to have joined ranks with them. “Analysis of land grabs in Ethiopia show most of the agricultural investors are Indians. This includes Karuturi Agro Products, which produces rice, palm oil, maize and sugarcane on 100,000 hectares in the Gambella region, and Emami, a biotech company that grows jatropha and edible oil seeds on 100,000 ha in Oromia,” said Arvind Khare, executive director of RRI. Land deals are rarely transparent, so information about them is limited. However, anecdotal evidence suggests that Indian investors, like the Chinese, have been as disrespectful of people’s rights who have got most of the attention, he added.

“The fact that except a few, most of the Indian companies that have invested in these countries are not very well known in India, cast doubts on the nature of these deals,” said Shankar Gopalakrishnan of non-profit Campaign for Survival and Dignity.