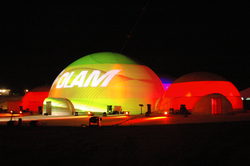 In 2011, Olam hosted a party for over 1000 officials from the government of Gabon, which has given the company a 300,000 ha land concession.

Ranveer Chauhan, managing director and global head of palm at agribusiness company Olam, looks at the case for sustainable palm oil production in Africa, building on the experience of producers in Southeast Asia.

In the West, the reputation of palm oil has been undermined by concerns around sustainable cultivation. But it is the context, rather than the product itself that is the issue.

Palm oil originated in West Africa, but it was in South East Asia where the product first began to be widely cultivated. In the 1960s, the Malaysian government created The Federal Land Development Authority (FELDA) through which more than 112,000 landless families were given loans and plots to produce palm oil, as a means to alleviate poverty. During the last 20 years or so, as part of the Indonesian government’s policy on palm, large corporations had to support smallholder development which has impacted positively on families.

There are many comparisons with Africa today, but as governments seek to assimilate best practice in terms of land development for palm, we as producers, must also grasp the opportunity to rehabilitate the reputation of palm oil by implementing not just international best practice, but by pioneering ‘next’ practice from day one with regard to both local communities and the environment.

Although palm oil has become known for luxuries like biscuits, pastries and cosmetics, it is actually an African food staple. As the population of the continent grows to 1.6 billion by 2030, local cultivation will be integral to solving issues of local food security. Palm oil is nutritious and already makes up 65% of edible oil consumption in Africa providing important calories for some of the world’s poorest people.

Indeed, palm oil is the leader in terms of yields among edible oil crops. Standard yield is 4.5 metric tonnes per hectare (mt/h) which can reach as much as 6.5 mt/h in some regions. This is in significant contrast to soy, sunflower, and rapeseed which yield 0.5 mt/h, 0.95 mt/h, and 1.2 mt/h respectively. This little aired fact about palm means more oil for the same amount of land under cultivation thereby requiring less land development overall.

It’s also important to highlight the ancillary benefits brought by sustainable palm cultivation – Olam anticipates that in Gabon alone, palm oil will develop up to 15,000 direct and indirect rural jobs, where opportunities are rare. The new plantations also lead to development of infrastructure such as networks of roads, health clinics, schools, domestic electricity and potable water.

Therefore as the demand for palm oil increases in Africa from 4.4 million metric tonnes to about 7.7 million metric tonnes a year by 2025, palm oil cultivation can be seen to be beneficial on a number of levels – as long as it is done in an environmentally responsible manner. As production starts to encompass both small and large-scale agribusinesses, stakeholders and African governments are now partnering to ensure that best practices, such as the Roundtable on Sustainable Palm Oil (RSPO), are setting the benchmark for sustainable palm oil production across the region.

The guiding principles of RSPO, established in 2004, are captured in the 8 Principles and 39 Criteria that together ensure the holistic conservation of habitats and eco-system services, whilst also ensuring the livelihood and rights of local communities are respected. It provides the industry with a simple yet robust framework for the production of palm oil in Africa and other regions, and is in continuous review.

In June this year, the RSPO Africa Road Show engaged local stakeholders across the region to drive clarity on the standard and discuss the challenges of palm production in West and Central Africa. Localising the RSPO principles for Africa means interpreting the guidelines in each national context. For example, workers’ rights to collective bargaining under local laws need to be addressed, or pay equality for women (in some parts of Africa, 80% of manual agricultural workers are women) who are often paid much less than their male counterparts, a policy at odds with RSPO guidelines.

It is our belief therefore that the development of a palm industry in Africa that clearly takes into account the environment and the rights of local people, can also provide jobs and a viable alternative to mineral-export industries whilst reducing Africa’s reliance on palm oil imports.

At Olam, we are working closely with the Government in Gabon where we are first to have completed the RSPO New Planting Procedure in Africa. We are leveraging our experience and working closely with other producers in the region to ensure that RSPO becomes the benchmark for responsible palm oil development as it comes home to Africa.