A global rsh for Africa’s land: risks and opportunities 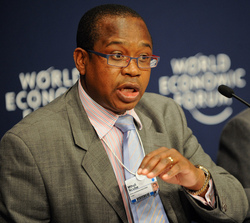 by Mthuli Ncube, Chief Economist and Vice President of the African Development Bank

In recent years, Africa has experienced increased large-scale foreign investments in agriculture. A recent study estimates that more than half of the 56 million hectares of land sought after by foreign investors globally is located in sub-Saharan Africa. The Democratic Republic of Congo and Mozambique have the highest share of foreign investor driven land deals relative to total arable land of close to 50% and 21%, respectively. In most African countries, the urgent need for development in agriculture and the lack of fiscal space to support capital intensive projects has facilitated large scale land deals. If properly channeled, foreign land acquisitions in Africa can enhance the efficiency of agriculture by investing in irrigation and infrastructure development, thereby opening up job opportunities to improve rural livelihoods.

However, below market level land fees have characterized most land deals in Africa. Recently documented cases indicate land fees have ranged between USD4.8-USD7.1/ha in Sudan and USD 6-USD12/ha against USD300/ha in Peru. Details of large scale land leases are often concealed especially in host countries with a poor record of transparency and accountability.  In the Democratic Republic of Congo, close to 50% of arable land is either leased to foreign companies or is under negotiation for leasing, without a clearly defined framework governing these transactions. Some of the land acquisitions are held for speculative purposes given the sketchy details of implied investments (after acquisition) and the low land fees, which make secondary land transfers very lucrative. In other instances, the boundaries between private and public investors are not clear cut. In Sudan and Mali, for instance, foreign government ministries were signatories to land deals, often exploiting bilateral concessions, while implementation was undertaken by private foreign investors in the first case and land rights were transferred to a third party in the second.

Thus, to obtain value from recent surge in land acquisition, African governments need to undertake institutional reforms that foster accountability, proper valuation of land, and social and environmental sustainability of investments. Some of the measures that could be used to reduce the risks from inefficient land deals and enhance investment include the following:

Land auction systems: Land fees in many African countries, for comparable grades of land, are significantly lower than other developing regions of the world. For instance, land lease per hectare in India’s Punjab Doaba region is estimated to be more than 50 times the average land lease in Africa. Land auctions serve the twin advantage of setting prices right and promoting transparency of land deals. Peru’s competitive land auction system is often cited as a global best practice in stipulating strong terms of ‘commitment of investment’. Thus, mechanisms that discourage speculative land acquisitions should be fostered in Africa’s land markets.

Effective contract negotiation and transparency: Land deals in Africa lack effective contract negotiation. Aside from clarifying the terms of land leasing such as the purpose of investment for which land is acquired and tenure, land contracts should also emphasize on employment commitments. For instance, land contracts in Liberia require qualified Liberian nationals to hold half of the ten most senior positions within five years of initial investments in agriculture by a foreign firm. This strategy creates conditions favorable for long-term employment opportunities.

Managing population displacement: Displacement of people whose livelihood depends on access to land and water resources is frequently cited as a serious problem. In the case of agriculture, land deals tend to focus on high value land with better irrigation potential and proximity to markets that is also most sought after by locals. Similarly, the boom in mining and quarrying in Africa could threaten settlements and the ecosystem. Ideally, contract negotiations should address issues of compensation to the displaced.

Stricter national trade policies for food security: Land deals in countries affected by intermittent food shortages should prioritize food security over other considerations in granting land concessions. In particular, land deals that involve production of food crops for export should include clauses that give market incentives to investors that prioritize domestic food supply over exports in times of acute food shortages in the host country. This is to ensure that land productivity and/ or profitability of investments are not jeopardized.