Land acquisitions in the developing world – the new resource imperialism? 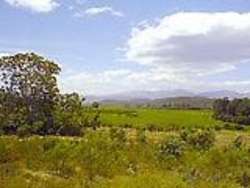 Since 2008, a host of non-governmental organizations and media outlets have either highlighted the problems associated with ‘land-grabbing’ or roundly criticized the practice. Put simply, land-grabbing involves the large-scale acquisition or leasing of farmland in developing countries by financially powerful outside actors. On repeated occasions, so-called land-grab policies have been pursued by resource-hungry states such as China, Japan and Saudi Arabia in order to secure their long-term food supplies, among other reasons. This practice has led to accusations that land grabbing is a form of resource colonization being perpetrated against local communities throughout the developing world. In response, foreign investors and recipient governments have claimed that these acquisitions provide poor countries with much needed opportunities for social and economic development.

In the following map, the Circle of Blue network charts the occurrence of ‘land grabs’ by country and sector from 2006 until the present date. Their findings demonstrate that while Europe and North America are by no means immune to this practice, the majority of land acquisitions are made in the developing world by states with growing populations, status and an ever increasing need for resources.

However, the jury is still out on whether such assertive land acquisition policies represent a new era of resource imperialism by outside actors eager to satisfy their domestic demand for food. Indeed, in Dealing with the Race for Agricultural Land, our partners at the Kiel Institute for the World Economy argue that land deals of this magnitude need to be judged on a case by case basis.

There does, however, appear to be a degree of consensus between analysts and policymakers on the need to ensure that all land acquisitions are governed properly. In The Principles for Responsible Agricultural Investment, for example, the World Bank and other organizations list seven rules that investors should follow when buying farmland in the developing world. Yet such guidelines have not prevented continued criticism of the terms and conditions that are often attached to land acquisitions.

In order to help you draw your own conclusions on the motivations and justifications that lie behind these acquisitions, today we present some of the key findings from Dealing with the Race for Agricultural Land. Over the next five tabs the authors identify the drivers of commercial cropland expansion; the opportunities and risks that land acquisition deals present to host countries; and how land deals could be improved to ensure that they offer tangible benefits to investors and local communities. A case study from Zambia and a conclusion completes the picture.