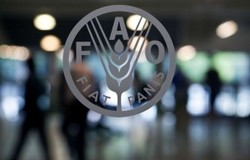 The private sector can drive agricultural development in countries that need it most.

Severe droughts, rising grain prices and food shortages—the latest headlines are an urgent call for action. Concern over food security is often overshadowed by the euro-zone troubles or other crises, but the issue affects far more people, far more immediately: It is about the daily bread of billions of human beings, and it is time to step up our response.

On September 13, the largest and most important gathering of companies and decision-makers in agribusiness from the Caspian and Black seas to the Mediterranean will take place in Istanbul. The attendees will discuss the key role of the private sector in feeding the world. The European Bank for Reconstruction and Development and the U.N.'s Food and Agriculture Organization will lead the debate, which we hope will become global.

The simple truth is that the world needs more food, and that means more production. There is plenty of room for agricultural growth in the areas in which the EBRD operates—a vast swathe of land stretching from Mongolia in Central Asia to Morocco in North Africa.

The private sector can be the main engine of such growth. Dynamic, efficient private companies have managed to transform countries like Russia, Ukraine and Kazakhstan from the agricultural wastelands of the 1990s, after the collapse of the collective farming system, into the leading grain exporters of today. These three countries already provide 15% of the world's grain exports, and with appropriate policies they can double their harvests. Their fertile land can return much higher grain yields—up to 75% higher within the next 10 years. Russia, Ukraine and Kazakhstan alone have the potential to supply half of the world's wheat imports. Some private companies are already showing the way—like Ukraine's Nibulon, which is not far from being able to supply the equivalent of all of Egypt's annual wheat consumption, and provides grain to the U.N. World Food Program.

The host of the conference, Turkey, also has huge potential. It is blessed with arable and fertile land and has tripled its agricultural exports in the past 10 years to more than $15 billion last year. Once it addresses issues that are holding it back—relatively high levels of protection, lack of proper irrigation, small and uneconomically sized farms and limited access to capital for modern production inputs—it can do much more.

As many Western investors already know, agribusiness in transition countries can be tricky—but also profitable. Compared to other industries, agriculture in many countries is more transparent; many major producers plan to attract foreign investors and run their books accordingly.

But the industry's success means more than just profit. In a world of almost seven billion people, transition countries can fight hunger by growing more grain and potentially meat; but they can also fight poverty by helping their own rural population on the path to success in sustainable farming. Some countries in central Asia, where children today are suffering from stunted growth due to undernourishment, could benefit from higher commodity prices globally to feed their own people.

To achieve that, a lot of work is needed.

The private sector needs to double investment in the land itself, and in machinery and seeds. Investment in storage, transport and trading infrastructure are the key not only to ensure that food reaches its intended destination but also to build buffers against adverse shocks and droughts. Some of the infrastructure investment could be done jointly with governments in appropriately structured joint ventures.

International organizations can help to coordinate policy, provide investment, technical assistance and training and support the transfer of technology. The EBRD and FAO are already providing and mobilizing investment in infrastructure and equipment and improving farmers' access to finance thanks to the secured-transactions reform that will allow them to pledge crops and equipment as collateral. The EBRD and FAO also encourage efficient use of resources, which means "more food per drop" of water and fertilizer.

But governments should take action too.

First, they should create a predictable policy framework that fosters private-sector investment by all market participants. Ad hoc trade restrictions in the past have substantially contributed to higher and more volatile prices and have had a prolonged negative effect on investor confidence. There must be market-based pricing and more options to access finance—for instance, using grain itself as collateral through new warehouse or crop receipts. This would require new legislation in most countries.

Third, support is needed to develop more resilient crops and facilitate their access to the global market.

Fourth, there should be greater public-private dialogue. There needs to be a pool of shared data on agricultural commodities, and co-ordination of emergency food reserve policies.

The debate on the private sector's role in global food security needs to be heard not only in emerging Europe, Asia and north Africa, but also in the West. It is responsible private investment from around the globe that can fertilize this land with money—once the local business environment is right. Many countries are hungry for such investment—and their investment can help to make life easier for the world's hungry.

Mr. Chakrabarti is president of the European Bank for Reconstruction and Development. Mr. da Silva is director-general of the Food and Agriculture Organization of the U.N.