PrimeAg may be ripe for foreign picking 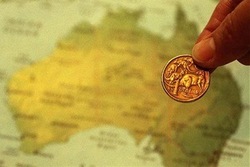 by Sarah Thompson and Anthony MacDonald
THE focus is back on foreign investment in Australian agricultural land as Chinese group Shandong Ruyi inches closer to the purchase of Australia's biggest cotton irrigator, Cubbie Station, for well north of $200 million.
Ruyi, which is also 30 per cent owned by Japanese trading house Itochu Corp, has seemingly beaten prospective buyers of Cubbie, including names such as the Future Fund, in its special joint venture with listed company PrimeAg.
But with PrimeAg announcing last week it was looking to sell its assets and privatise – and it's expected the company will appoint advisers this week – PrimeAg might become the prey for another foreign investor, according to The Australian Financial Review.
It is understood the agricultural division of the $163 billion Canada Pension Plan Investment Board has been sniffing around Australian agricultural land recently and has had discussions in Australia with landholders such as PrimeAg. CPPIB has been active in Australian property, injecting $1.8 billion into logistics property heavyweight Goodman Group.
In July CPPIB and its local co-investors said they had committed $2 billion to help develop the first two office towers of the $6 billion Barangaroo development in Sydney, project managed by Lend Lease.
So it's not such a big surprise that CPPIB is looking to the agricultural sector especially considering competing pension funds such as TIAA-CREF, backed by Sweden's pension fund AP2 and British Columbia Investment Management Corporation, have already made their mark on Australian agricultural land.
TIAA-CREF's ­Global Agriculture snapped up six farms from PrimeAg Australia in a deal worth $36.7 million back in May. The fund has also been touted to be in the running for vineyards in South Australia.
Whatever the intentions, PrimeAg is still holding about $175 million in cash so there's no great hurry.