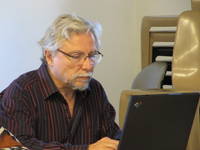 Everyone seems to agree on the need for “investment” in agriculture to fight hunger and support rural development, but the focus is exclusively on investment funds and big business, and nothing about farmers. Is the term part of a disinformation campaign to serve the interests of only a few?

Michel Merlet is an agronomist and specialist in rural land policy. Co-founder and director of the international association aGter (Improving the Governance of Land, Water and Natural Resources), he is also a member of the Technical Committee on Land & Development (TCL&D).

It was only around 1920 that the meaning of the word investment, as we know it today, arose: providing capital to a company so that it may acquire equipment and other means of production. This definition is directly linked to the logic of the profit motive. Today, the word is used in a broader sense: we also talk about investment when talking about non-capitalist producers, or public investment in cases where generating a profit is not necessarily the main purpose.

The growing interface between investment and speculation. Investments aim to achieve results over time. Consequently, there is always an element of risk and “speculation” (in the original sense of the term: anticipation based on observation) involved. In other words, we put money into something today for a greater return tomorrow.

But today’s widespread speculation is an entirely different creature. It goes well beyond the risk-taking of investment. With the development of finance capital, the link to production has grown increasingly indirect. Profit can be made by buying and selling shares, where what is at play are not material goods connected to these shares but other people's expectations of their change in value. We can buy and resell goods that have not even been produced yet (futures market), and even invest using borrowed capital. We can transform bank loans into marketable securities (securitisation), and have invented a whole range of “derivative financial products” that are playing an increasing role in trade. Originally conceived as a way of limiting risk to businesses by transferring it to bodies specialised in risk management, these developments have led to a deeper connection between investment and speculation, and have considerably increased the virtual nature of the economy. The emergence of “bubbles”—that ultimately pop, with losses and crashes—and the recent financial meltdowns have shown how dangerous this situation is.

An investment, even private, is never isolated from the society in which it is made. A private entrepreneur's interest in making an investment is calculated on the basis of a financial analysis that only takes into account information about the operation’s profitability. Any immediate upstream or downstream consequences, the impact in terms of jobs created or lost, what will be taken out of or put into the environment, are of no interest to the investor as long as they do not interfere with costs and profits over the lifespan of the project. The implications for future generations are a fortiori not taken into account. Financial analysis only reflects the investor’s point of view.

Taking into account an investment’s return for society as a whole requires a fundamentally different set of tools, referred to as economic analysis. Failure to make this distinction implies that the maximisation of the investor’s profit is always the best solution for the public interest. This is an egregious error with serious consequences. There are two major methods of economic analysis. The “effects method” seeks to measure the cumulative impact of each component of a project. The “reference price method” is based on fictitious calculations in order to correct the multiple imperfections of the market and is supposed to better represent the economic and social cost of the resources involved in projects and the satisfaction that the goods and services provided offer the community (Dufumier, 1996, Les projets de développement agricole). However, these methods inadequately address environmental issues and all of the tangibles and services that do not have a price at a given time, but whose destruction could have considerable consequences.

Investments or wealth capture? The term “private” originates from the Latin privare, which means to deprive (of a good, a right, etc.) and implies the withdrawal of goods or services from the common sphere, depriving some of access. That private investments sometimes deprive some users of access to certain resources that were previously partially or totally shared is therefore not surprising!

What is referred to as land investment or more generally as agricultural investment, often involves the appropriation of common or public land (TCL&D, aGter 2010, Large-scale land appropriations). In this situation, but also when land that has already been appropriated is concentrated through purchase or long-term rental, the investment motive is often rooted in the possibility of developing as yet untapped productive capacities. This is the case when an investment fund purchases land that had previously been used for extensive livestock farming and transforms it into agricultural plantations for soya production, for example. These investors are the first to reap profits from the fertile soil, water, ligneous resources, minerals and so on, because they have access to capital, technology and/or markets to which the previous users of this land did not.

Such investors take risks, it is said, and this lends a certain legitimacy to the profits they reap. But this interpretation has some holes in it. Behind the investment, someone is capturing a rent that traditional land users were not able to tap into. Here, rent refers to the expression of a natural wealth that existed before the investment, a resource that is not created by investors but rather exploited by them. Other players could also have benefitted, if they had had access to the same means.

With the collapse of certain assets (such as real estate or sub-prime mortgages), it is not surprising that investors are eager now to invest at least part of their profits in property that is real, not virtual. This is one of the reasons why the demand for farmland has exploded in recent years, turning it into a new financial asset. However, expected profit rates must be on the same order of magnitude as profit rates in other sectors. To achieve this, the value-added component used to remunerate capital must be as high as possible. Consequently, wages, the cost of access to land and various taxes must be kept to a strict minimum (Cochet, Merlet, 2011, Brighton, http://www.agter.asso.fr/article604_en.html). These are the conditions that international financial institutions impose through the unbridled liberalisation of markets, and the diminished role of the State.

Obtaining high profit rates for investors is often in contradiction with the general interest. Those who extol the virtues of win-win projects forget to mention that investing is only attractive for investors under the above-mentioned conditions. This deceptive discourse is trumpeted by anyone who has a personal stake in promoting these practices, particularly many government officials in both the North and South.

Creating a different governance over natural resources. In order to take into account the interests of society at large, one must be able to determine what falls under financial speculation, land grabbing or grabbing of commons, and understand which transactions will best protect the interests of future generations.

Economic assessments must be used for any ex-ante studies on the impact of large-scale investment projects, complemented by environmental and social impact assessments.

In June 2011, a report by the High-Level Panel of Experts of the United Nations Committee on World Food Security brought up, for the first time, the creation of win-win-win projects. The third “winner” is society. No small detail, a crucial element. A firm return of the “public” and “policy” is essential, and it implies the strengthening of public policy and arbitration bodies at local, national and international levels. This is nothing short of gradually building a new governance over natural resources.

It is also important to acknowledge the relationship between various concepts of property. The absolutist concept holds that all rights are placed in the hands of the owner. This means that someone who purchases an area of land also gets all of the resources it contains, whether or not they are known, subject to existing legal restrictions. This concept facilitates the private appropriation of natural resources, not sustainable development. A new governance over natural resources and land would necessarily involve a new distribution of different kinds of rights over these resources, between individuals and collective groups.

The building of agricultural infrastructures, the protection of biodiversity, the fight against global warming, but also education, research and the adoption of tax mechanisms designed to re-socialise certain “situational rents,” are also areas that require resources today, in order to reap the benefits tomorrow.

Public investments and investments by small non-capitalist farmers must truly be taken into account. Even if their financial performance is weaker, their importance for society and for future generations can be considerable. Each investment project merits an investigation of the various possible options and the societal choices that each one involves.