Drought devastation has sunny side for farmland, timber investors 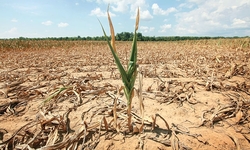 Drought devastation has sunny side for farmland, timber investors

Drought conditions in much of the U.S. this year could turn into a boon, rather than a bust, for institutional investors in farmland, timber and agricultural stocks.

That's because federal crop insurance, among other safeguards and hedges, will allow farmers to recoup losses this year and start preparing for next year without leaving investors in the lurch. And, returns could soar with higher prices coming from reduced supply as hot weather, coupled with reduced rainfall, besieges crops.

George Hopkins, executive director of the $11.3 billion Arkansas Teacher Retirement System, Little Rock, said his pension fund will not feel any impact this year on its approximately $60 million separate account of Indiana farmland. The property value is based on a five-year average yield on various crops, so strong performance next year could easily offset any losses from the drought this year, he added.

“The big news is that the world is desperately going to need next year's crop,” said Donald Coxe, Chicago-based chairman of Coxe Advisors LLC, an investment advisory firm specializing in commodity stocks. A bumper crop next year would quickly alleviate any drought concerns, Mr. Coxe said. Crop insurance coupled with a low carry-over of crops into next year helped boost the stocks of companies that make it possible for farmers to increase production, he said.

Mr. Hopkins said farmers have strong balance sheets and are “sophisticated operators” in the ways they lease and own heavy equipment, which also helps temper losses. “Even in a bad year, these farmers are going to do OK because of the underlying crop insurance,” Mr. Hopkins said.

Also, Mr. Hopkins only expects a few percentage-points drop at worst in a drought year for the system's $400 million in timber investments. The plan largely invests in southern pine trees that are not as susceptible to drought.

“Most of our investments like that will have a minimal impact,” Mr. Hopkins said. “We're not going to be shooting blanks this year.” 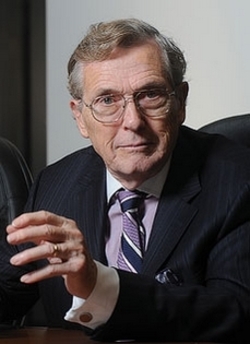 “The big news is that the world is desperately going to need next year's crop,” said Don Coxe

With a long-term investment horizon, pension funds are not looking too much into one poor agricultural season, especially considering farmland has been on a “five-year tear,” said Harry Leggat, St. Louis-based principal in the private markets practice of Mercer LLC. “You take the good with the bad and vice versa.”

The NCREIF Farmland index returned 14.8% for the year, 9.9% for three years and 12.1% for five years, all ended Dec. 31. Multiyear returns are annualized.

The S&P Goldman Sachs Agriculture Commodity Index returned 13.03% for the year ended July 20 and an annualized 17.96% for the three years and 6.72% for the five years as of that date.

Meanwhile, crop insurance will “absolutely” help pension funds that are not prepared to pay a high cost for an average crop yield, said Mr. Coxe.

“There will be enough certainty to give some return on investments,” Mr. Coxe said.

There are other ways to protect investments against drought, Mr. Leggat said, mainly through commodity hedging and diversification, both geographically and in types of timber and crops.

Most institutional investors are investing in funds, not individual assets, with an eight- to 10-year lifespan, Mr. Leggat said. Those funds do not use leverage so there is minimal impact on bad crop years, he said. He added that these types of investments are not appraised annually, so unless there is a multiyear drought, little impact will be seen this year.

“One bad year doesn't ruin a fund. It's not going to crush everyone,” Mr. Leggat said.

Gary Myers, principal at TimberLink LLC, said the drought is not causing any change in investment strategy at the firm that manages about $10 billion in timber assets worldwide for institutional investors. “These guys are long-term investors and don't get bogged down with seasonal problems,” Mr. Myers said.

The $23.1 billion Iowa Public Employees' Retirement System, Des Moines, is finalizing its first timber and farmland investments of $100 million each, but Karl Koch, chief investment officer, said the drought's impact would be “negligible” in the short term.

“However, a prolonged drought in Iowa and the Midwest would obviously have a global impact on food prices, which could have far-reaching impact on the U.S. and world economies,” Mr. Koch said in an e-mail. “The longer the drought persists, the larger the potential economic impact to Iowa, the Midwest and the nation.”

The National Oceanic and Atmospheric Administration said there have been 18,953 record high temperatures recorded as of July 20. The U.S. Department of Agriculture reported as of the week ended July 15 that 38% of the nation's corn crop was in poor to very poor condition, compared to 30% a week earlier, and 30% of soybeans were in poor to very poor condition, vs. from 27% the prior week.

The drought all but ensures there will be little carry-over of crops into next year. That means companies such as fertilizer producers are going to see a big boost for next year's crop.

“Markets are looking where (farmers) are going to be in preparation for next year's crop,” Mr. Coxe said.

The combination of countries like China, Indonesia and India moving toward more high-protein diets with the loss of farmland acreage and increased demand for ethanol has been a boon for agriculture stocks, Mr. Coxe said. “These are companies that help their customers become rich,” Mr. Coxe said. “I think this is the best commodity sector to invest in” with the least amount of downside.

For the year-to-date period, the S&P Goldman Sachs Agriculture Commodity Index is up 28.26% as of July 20, driven by a run-up in corn and soybean prices, while the total return commodities index is up 1.17% for the same period.

States like Nebraska, Wisconsin and the Dakotas have seen adequate rainfall this year, but top-producing corn states Iowa and Illinois have been hit “very hard,” Mr. Coxe said. Still, corn prices are pointing toward profitability. Corn futures were trading at $6.71 a bushel for September 2013 he said, down from $7.68 this year, but “$6.71 is still enormously profitable for a farmer,” Mr. Coxe said.

“It's the forward contracts that are so impressive because the carry-over of grains will be very low,” Mr. Coxe said.

However, “that can be good and bad. If you lock in the profit, but can't deliver the goods ... it will be costly to cancel future contracts,” Mercer's Mr. Leggat said.

It is still too early to tell what effect the drought will have on state tax revenues, which could directly affect future pension contributions at a time where states are increasingly strapped for cash. Much of the losses farmers could suffer this year could mean they pay less in taxes.

“Any significant impacts of the drought will likely not be seen until the fall, when farmers assess revenue losses from reduced yields net of any crop insurance payments,” Amy Harris, manager in the tax research and policy analysis section of the Iowa Department of Revenue, said in an e-mail. “We have not made any projections as to what the impact might be next spring and will not attempt to do that until October. Although yields for corn and soybeans are likely to suffer, prices have been rising accordingly.”

This article originally appeared in the July 23, 2012 print issue as, "Drought devastation has sunny side for investors".