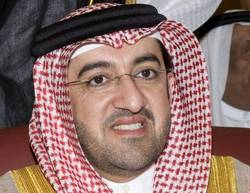 Abu Dhabi: The UAE is eying lands overseas in order to provide ongoing food supply to face the increase in the country’s population as the UAE imports steadily soared in the past few years, Ministry of Economy official said.

The official remarked: “The UAE imports more than 80 per cent of its food needs, which cost the country up to Dh11 billion annually.”

“Food consumption in the country is steadily increasing at a rate of 12 to 14 per cent per annum, amidst rise in demand for food staples by around 30 per cent,” the official added.
Therefore, food security has become a challenge for us as there are limited arable lands and continued demographic growth.

“The UAE has recently acquired and leased more than 1.5 million hectares of land suitable for plantation in Sudan, Eastern Europe and Asia, to maintain the country’s food supplies in the face of the progressively rising food prices,” the official said.
Sultan Al Mansouri, Minister of Economy, had earlier said: “The continued growth of UAE food supply had made the country vulnerable to price shifts and shortages.”

The Global Hunger Index of the International Food Policy Research Institute revealed that the UAE reacted with three different measures towards the financial crisis in 2008 in terms of food security through price controls, build-up of strategic storage, and announcement of agro-investments abroad.

“Innovation is a key to addressing the numerous challenges faced by the Middle East’s food industry and growing concerns over the ability of the region to meet its burgeoning food demands,” said Turret Media in a recent report.

“Interest in natural and organic food or food products has been on the upswing in recent years due to improved awareness of the role of nutritional choices in the prevalence of diabetes and other health threats identified with the region,” the report highlighted.

Nu’man Ashour, a UAE-based chief economist, told Gulf News, there is a dire need to establish an agriculture credit fund to helps farmers throughout the UAE.

“The government should establish a credit fund for farmers or a specialised bank to lend them and support them financially, in order to be able to avert any negative impact resulting from the price turbulence of pesticides, agricultural materials and products,” Ashour concluded.